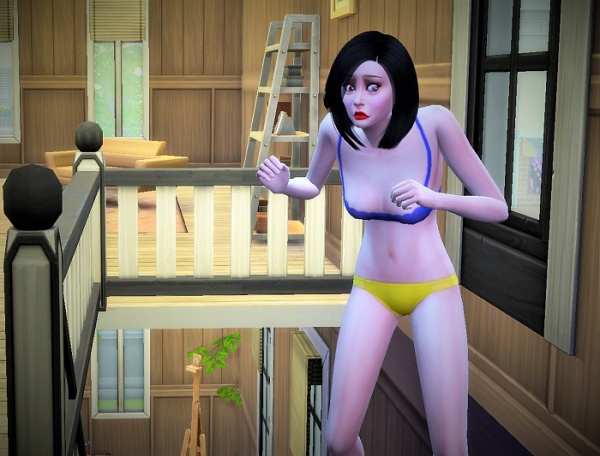 The whole situation in the house has Snow on edge.  If you recall that during an argument between Sol and Santa ..  Snow had “corrected” Sol with a swat.  Needless to say it did not sit well with Sol. Snow has heard rumors that Sol is breathing out venomous threats.   With Sols deviant side Snow is certain she has much to fear.  She must find a good hiding place pronto!  What would Frogger do??

Sol is consumed with thoughts of the incident.  She is incredulous that someone would even try to slap her.  Her mind is on rapid fire as she considers ways to retaliate.  She has considered gluing Snow’s shampoo bottles closed or putting pickle juice in Santa’s milk jugs  … maybe a little cream cheese to replace Frogger’s deostick. OH she must think .. think .. think!  None of those are bad enough! 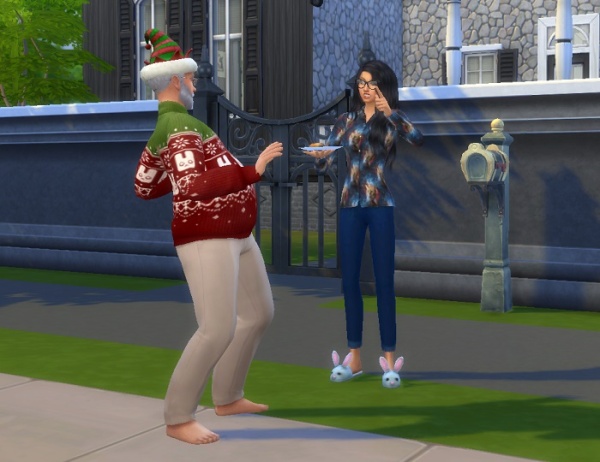 Outside she encounters Santa.  The churl that started all of this mess.  Santa wisely does not respond to her rant.  He has heard stories of her terrible deeds as she sky rockets toward infamy as Public Enemy #1 and he does not want to see any of those deeds.  Hospital staff decided that Santa needed to go off grounds for everyone’s good.  This fracas needed to settle down.  NO ONE was in the least bit concerned that he was going …

Santa had been wanting to try rock collecting.  Now was as good a time as any to begin!

He had NO idea that collecting was such hard work!  He felt like he must be near death he was so exhausted!

He found a little libation in a near by dumpster.  It did not refresh him any but at least now after drinking it he did not care how he felt.

Feeling all warm and toasty after drinking that bottle he struck up a conversation with a new friend.  Footpath light was definable a bright spot in Santa’s day!  They talked for hours.  Santa was delighted to finally find someone who actually understood him.

There was a nice lady in the park and he tried hard to have a conversation with her.  BUT she looked so much like Mrs clause that he kind of got a bit carried away.  He may have made a slightly off color remark to her because …  uhhh .. it did not go well!

Wanting a quick escaped from the situation Santa got back to work  digging those gems!  He was so preoccupied with his task he lost track of time.

It was quite late when Santa returned to the asylum.  His pockets filed to max with the stones he had collected all day and hoping all had settled down.  He wondered if Frogger and Snow were still in hiding.