Snow’s friends convinced her to AVOID Don (PHEW)!  It is all good for Snow cause it seems there is a cute fella around every corner in Windenburg.

She met Drew at a party on the Bluff.  The weather was frosty but he was sizzling!  Once she caught his eye they danced ALL night.  Snow may have cut in a bit on Siobhan’s action (she is said to be in a relationship with Sergio but you could not tell it by the way she fluttered around Drew).  Snow noted a few times during the evening that Siobhan seems to be shooting daggers at her with her eyes.  That DRAMA is not welcome in her life!  Best to seek another cute fish in the pond!! 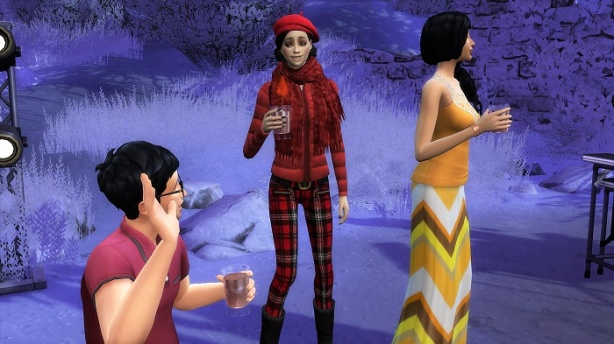 There is Thomas from the Dipped Brush… oh he is so sweet and talented!   Talent always hits her right in the heart strings!  She thinks he might have feelings for her.  He never misses a gathering that is for sure 🙂  Ehh that just might be a bit awkward.  Why ruin a perfectly good club with all that. 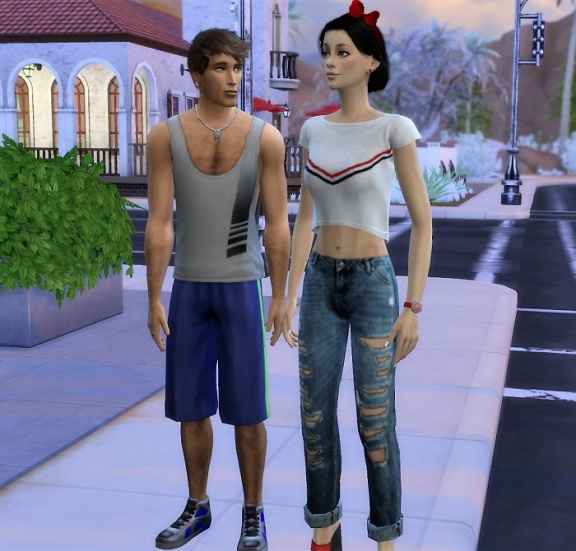 She met Clint at the gym.

He was such a charmer!  She was swept off her feet by his magic tongue!  That drawl made her swoon!

They went out a few times.  He always took her to the nicest places and showed her a lovely time. 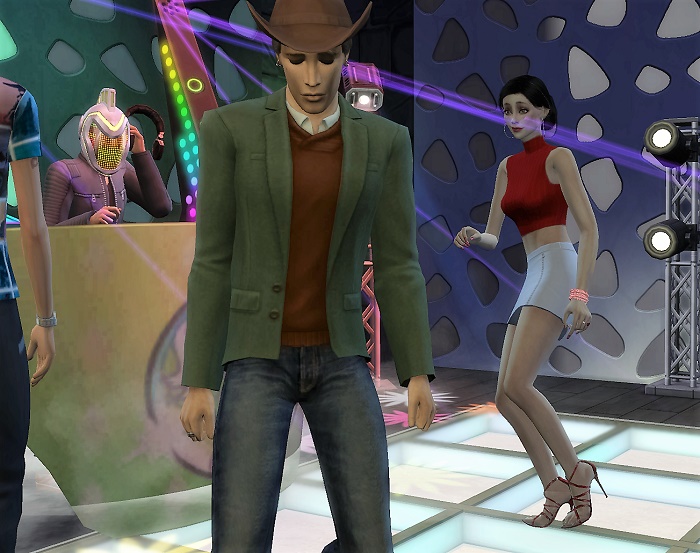 Snow thought he was sweet to look at … problem is .. he thought so too!  Snow was just not feeling it.  She wanted to be the pretty one in the relationship.

Don’t feel too bad for Clint.  He married Cassandra Goth and they are very happy! 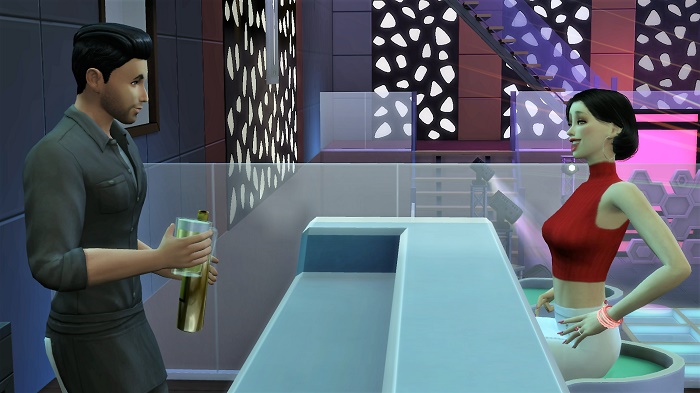 Well there are a few hunky fellas hanging around but no sparks.  They were fun and even kind of cute but meh!  Snow began to wonder … maybe there was no Knight in shining armor in the cards for her. 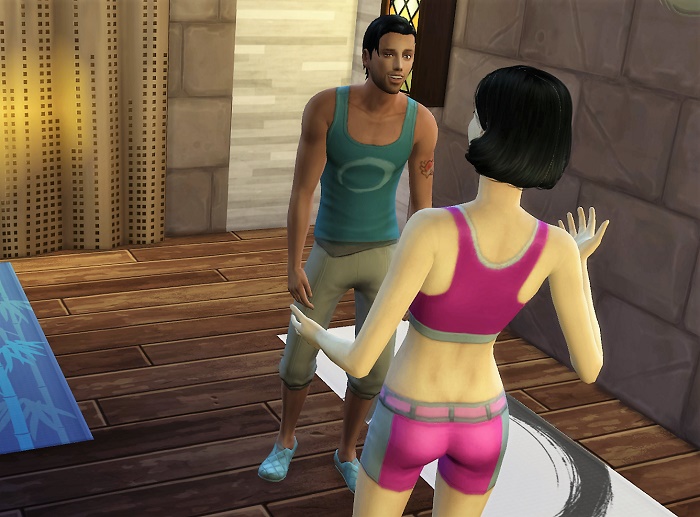 THEN she met Giuseppe in yoga class.  She fell hard … instantly!  He was so dreamy with those chocolate brown eyes and sparking white teeth.  OH and that accent was straight from heaven!   So she attempted a little flirt .. UGH  .. THAT did not go well at all!  REJECTION!  Even tho she was totally embarrassed she recovered herself QUICKLY and left for home.

Oh well she thought … nothing ventured nothing gained … 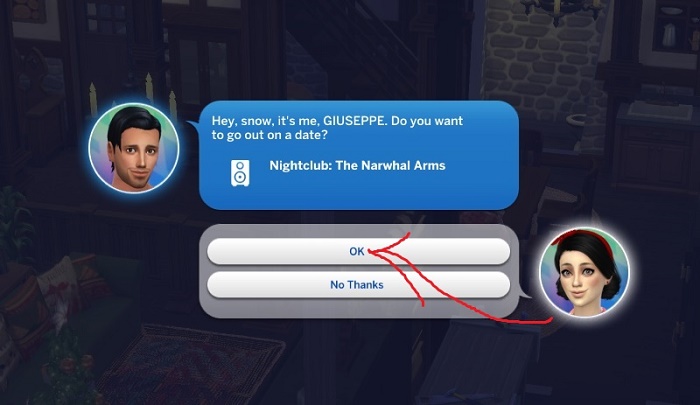 BUT the next day he called her for a date (resourceful fella … he found her number in the gym office).  Snow has not been this excited about a date in a long time!! 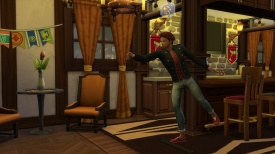 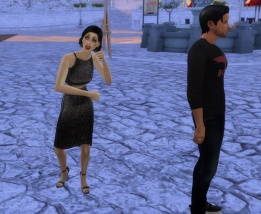 They quickly become quite an item!  She was smitten by this debonair hottie!  She finally had her Knight in Shining armor!   Hmm .. perhaps on closer inspection there is a bit of tarnish on his suit … 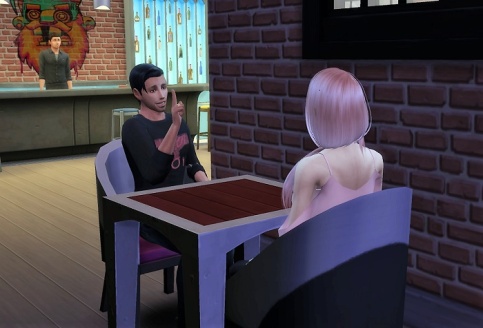 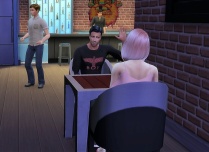 One night Snow and Giuseppe were doing great … dancing and flirting. Having a nice drink together.  Snow excused herself to the bathroom and he promptly sat down with Mitzi and flirted with her!  He got up and quickly LEFT the venue to meet up with that cotton candy haired BIMBO while Snow was in the restroom! EPIC FAIL!

A devastated Snow declared, “I can’t think about that right now. If I do, I’ll go crazy. I’ll think about that tomorrow.”   The next day she finds herself back on the beach … doing just that …

That old familiar gnawing returning like a forgotten friend …  will her prince ever come?

Life is moving forward for Snow.  She has a lot to keep her busy.  It is nearly her birthday .. she will be an elder.  She sets about to make a cake for herself .. maybe the painting club will come over to help her celebrate. She is quite fond of them!  Yes even of Giuseppe (who joined the club in an attempt to woo her again .. after the bimbo dumped him) BUT only as a friend. AND for you Giuseppe fans .. he becomes part of the family later on 😉

The cake is made and the Dipped Brush gang is all here.  The coffee is flowing freely .. as is the conversation.   Now it is cake time!  Snow ages up quite gracefully! 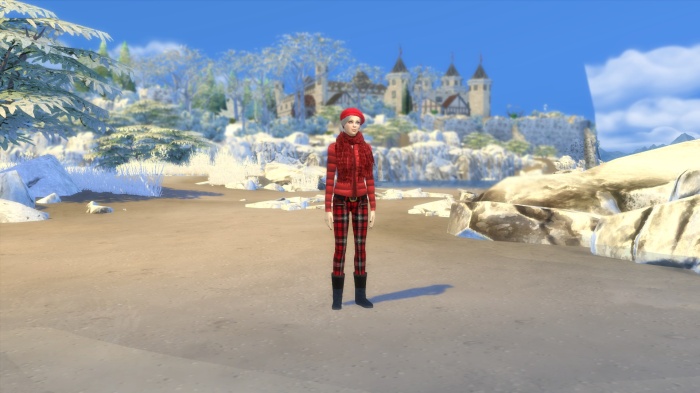 When the party is over Snow stands on her familiar old beach looking out over the ocean watching for her prince … Snow I am wondering .. have you been looking the wrong way …