While Prince and Snow are headed home from their exotic destination honeymoon. Let’s a moment revisit the asylum and see how Snow’s old loony gang is doing. 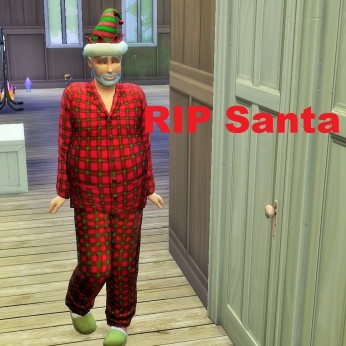 While it made them sad to lose their first sim from the house things are a lot less tense without Santa.  Not sure that he was able to recover after the heartbreaking loss to Snow.  Abe went next.   Alexa  was in deep grief for a good while.  Her weeping and wailing was quite disturbing to her housemates.  All greatly miss Abe’s good cooking.  Giovanni tries but alas no … he is no Abe Blinken in the kitchen!

They are now all elders.  Age and experience  has lessened their unpredictable behavior.    With fewer people and more beds life together is a bit easier to endure.

** Giovanni Portillo — Has risen to the top of his field.  He still goes to work everyday looking for answers to his many questions about visitors from other planets.  His special mind protective hat is tattered and his battle gear is rusted and corroded but he is still ready for the invasion.

He and Snow still get together for a bit of chess every so often.  He enjoys her company and is glad she is happy with Prince!

** Alexa Rossi … yes she still is wandering the halls ever dressed for her wedding. Always a bride never a wife.  When her romance with Abe ended in his death she took to her bed for a long time and truth be told she still is quite sorrowful. Snow’s happily ever after wedding has done NOTHING to help her mental state.  Her wedding planing book was a best seller and shot off the shelves.  She is not hard at work on a book about wedding etiquette.  Many young brides eagerly await her sophisticated insight.   Sadly she gave up her garden chess hustle .. well gave up is not exactly correct .. NO ONE would play with her anymore.

** Lillian Wurth .. Lillian has been given a clean bill of health by hospital staff.  She is no longer deranged BUT has found the asylum provides sanctuary from her money grubbing relatives who are interested in her will!  The asylum staff allows her to stay in exchange for her investment advice.  Once her mind cleared it became obvious she had a brilliant mind in economic matters.  Many staffers plan to retire very early thanks to Lillian.

Because she can come and go with freedom it is not unusual to see her frequenting local establishments (she still wears her “crazy outfit” to keep the relatives at bay).

** Roy Frogger … Roy finally finished his chameleon program and it was snapped up by Google for an undisclosed (huge) sum of money.  Rumor has it that it was subsequently sold to the government.  But it is ok … because he is still able to disappear into any crowd. The hospital staff no longer searches for him tho .. they know he will be out when it is time to eat. 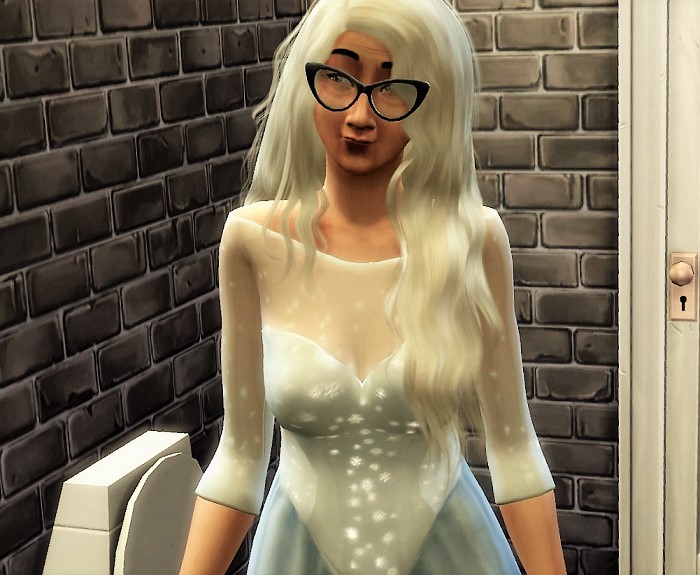 ** Sol Ha … Sol gave up her life of evil shortly after Snow’s departure.  It took too much energy to keep up all that mischief.  Turning back to her first love she threw herself into her music.   Our lovely insane violinist is quite accomplished and soon earned a featured musician position in the Newcrest Philharmonic . She loves wearing the sparkly dresses and her audience loves her wild romp on stage.  The more her skills grow the madder she seems to become.

A recent visit shows that they are all gone now (well except Snow but that is a different story).

Rip my lovies … we had an awesome time hanging out with you!

The building stands quiet but the memories of the mad companions still speak to us.   From Abe’s kitchen, Giovanni’s pal the lavatory sink, Alexa’s chess table, Santa’s collectibles, Snow’s paintings and the old computer that vexed Frogger so (BTW he never won the over to the idea of a new computer)  … we can hear them recount the antics that happened here.  It is said that if you listen carefully you can still hear Abe strumming his guitar and his song Home Home on the Range echoing thru the halls at night. 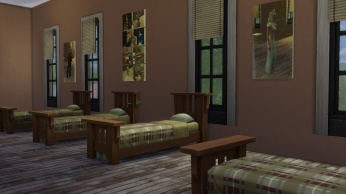 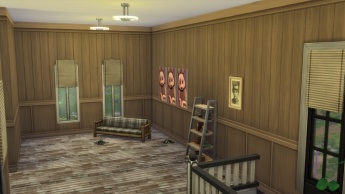 It will never be used again … it will remain shut down due to what has been deemed  inhumane living conditions.   Right next door the city of Newcrest built a state of the art modern facility.  It is a beauty!  Private rooms .. many bathrooms .. a swimming pool .. doctor on site .. and that kitchen .. wouldn’t Abe have loved that 🙂 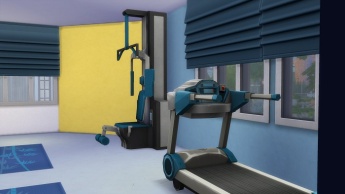 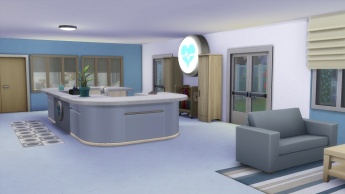 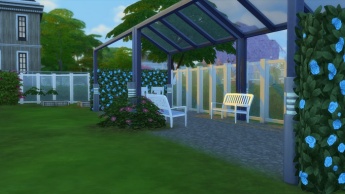 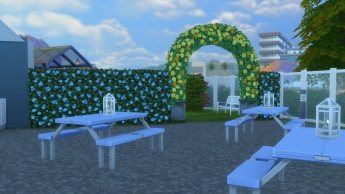 29 thoughts on “#lisasinsaneasylumchallenge #13 The Final Chapter”