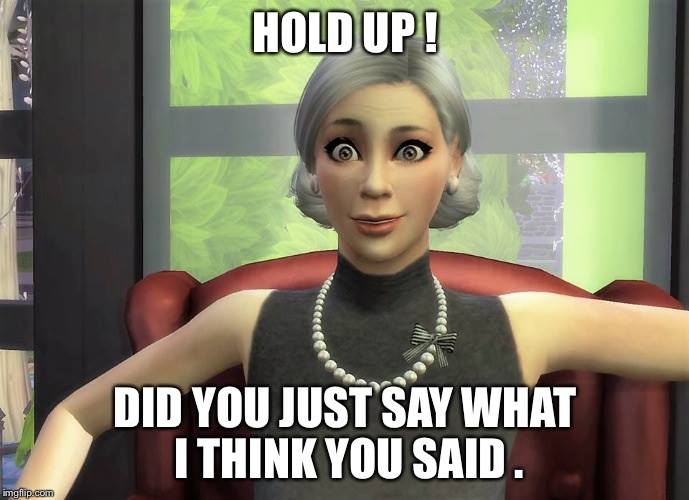 Saturday is finally here!  The sun is shining … the birds are singing and they have the whole day to themselves.

Prince and Snow decide to take a brisk morning walk.  Snow had been wanting to explore some of the more overgrown areas of the palace grounds. Soon they found themselves in an area of the grounds that neither of them had ever been to before.  Snow, who was more accustomed to “things” outside,  excitedly ran on ahead.  Prince jogged behind and to be truthful was a bit preoccupied with worry over snakes or ticks!   A bramble covered cave looming ahead caused him to dread far worse than snakes and ticks .. but Snow crawled on in without a thought and after a moment of hesitation he followed. 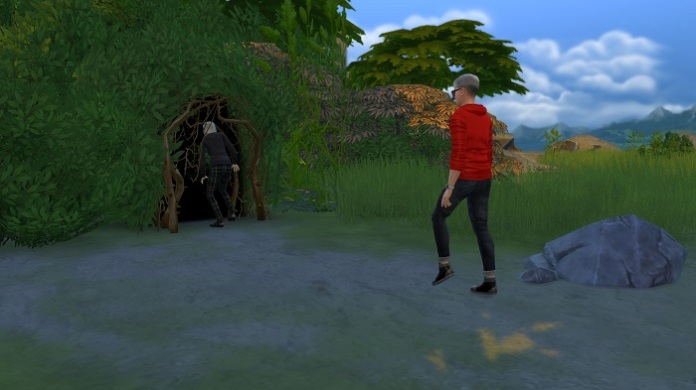 Thankfully there were not any strange encounters with fearful beasts while they were in the dank cave … as they emerged from the darkness they were instantly stunned by the breathtaking beauty that lay before them. 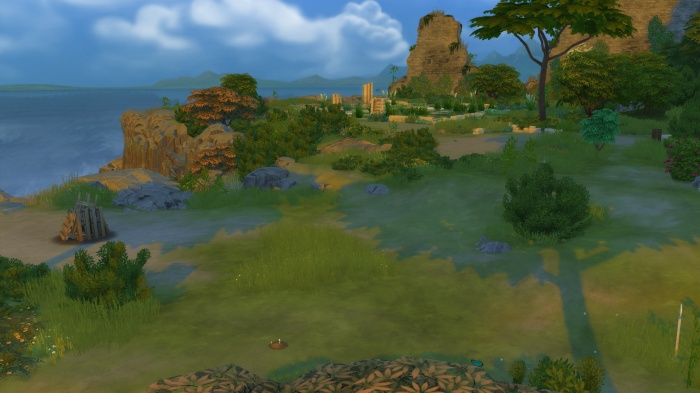 They were in a part of the grounds that Prince did not know existed.  Magnificent panoramic views of the ocean were framed on one side by steep rocky cliffs that plunged to the sea and on the other by towering ruin walls that seemed to scrape the sky.  It was so serene and undisturbed.  Prince wondered how long it had been since anyone had been here.  The two love birds snuggled by a fire as the reveled in the spectacular view.

Windenburg has a wonderful new library.  It was gifted to the town by the famous architect Tokulee.  It has been all the buzz for days now.  Prince was eager to share it with Snow that afternoon. 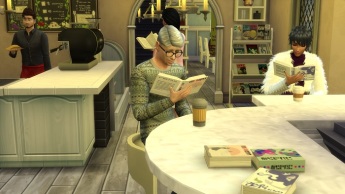 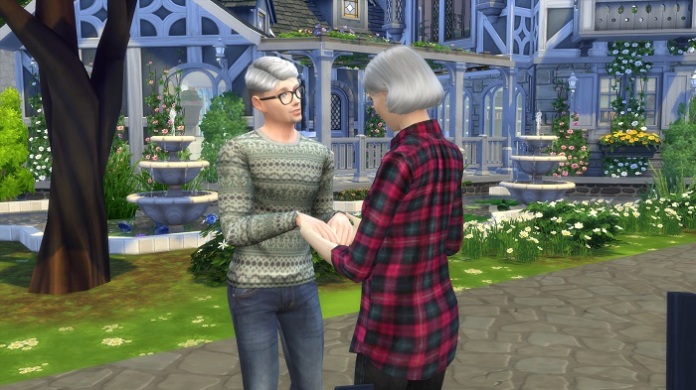 It was as lovely as it was purported to be!  They chatted up a few locals and took some time out for a bit of reading. 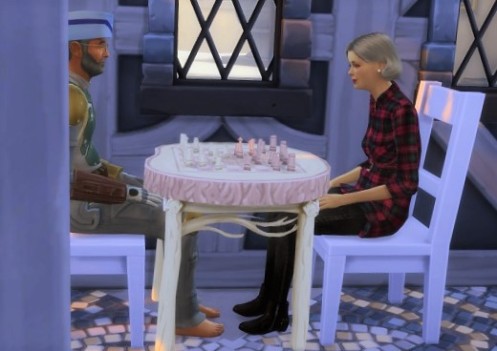 Snow even got in a quick game of chess with her old pal Giovanni.

Soon it was off to home for a bite of dinner at home then time to get out on the town! 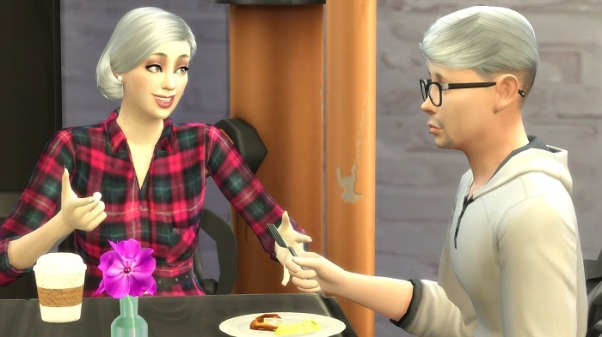 It is Saturday night and the club is hopping.  Our sweet couple are feeling jubilant as they mingle with friends.  This is their first outing as Mr and Mrs.  Everyone is having a grand time celebrating with them. 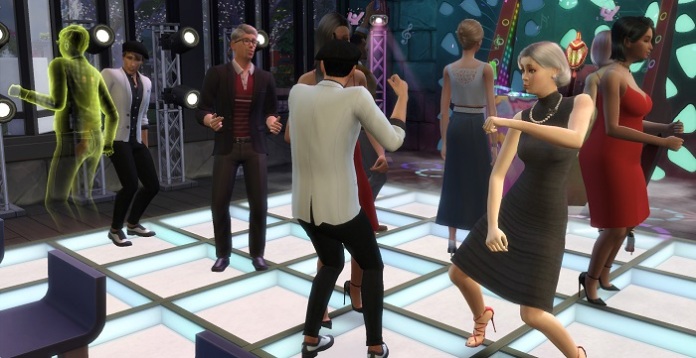 Of course our happy couple find a little time to themselves in a quiet corner.  Prince is feeling pretty flirty .. he leans in and whispers something … 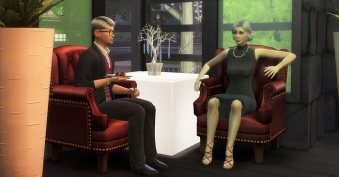 Goodness Snow what on earth did he say? 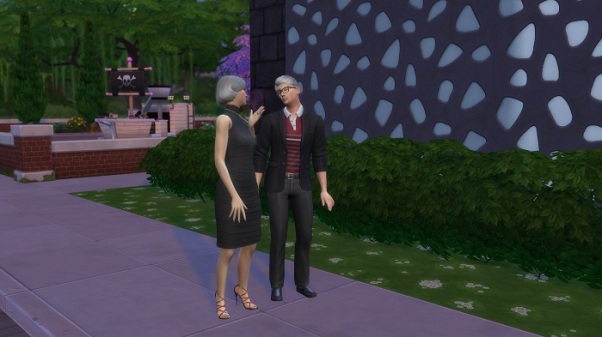 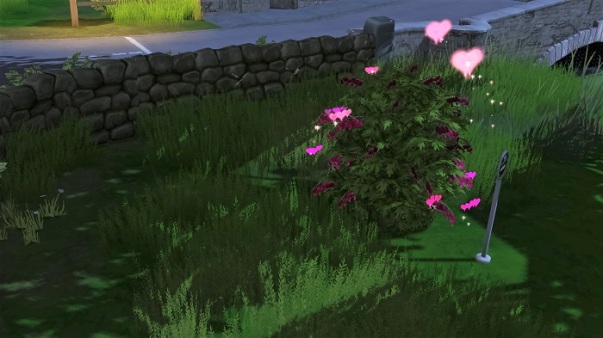 maybe a closer look at the blooms on this shrubbery ..  oh .. UH ..um .. ok .. maybe now we know what Prince whispered there in the club. 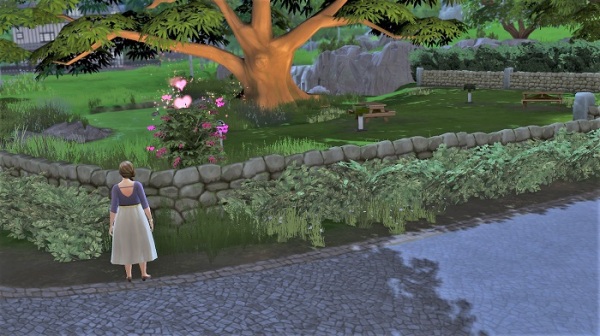 The frisky couple had best watch out cause it seems they were spotted and she has her cell phone out!   The simtweetie LIT up with the “news” …

Totally unaware Prince and Snow scurry back in quickly.

Maybe their friends did not notice that they were gone! (her face kills .. she looks so guilty)