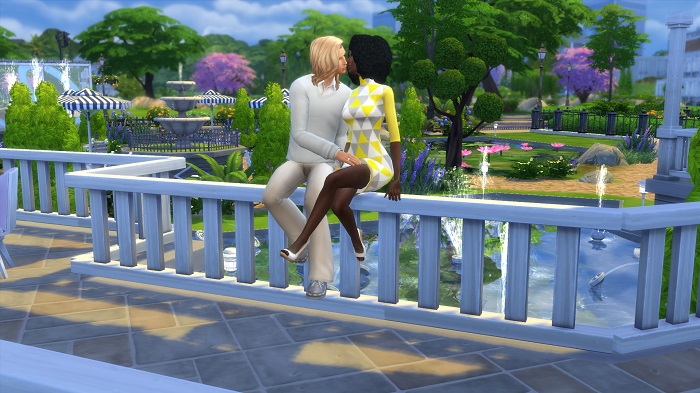 It was 1971 and the seniors in Willowville High’s American Literature class were feigning attention as Mrs. Schulte went on and on about the modernist period, when the door opened and SHE walked in.  The room fell tomb silent.  There in front of them stood the most exquisite girl they had ever seen.   Now understand they were not intending to be awkward here but, well, there were just no other people of color in that small Michigan town.  Some of the kids in class had never seen a black person at all except on American Bandstand.  Humorously, in the weeks to come there would be hushed whispers that perhaps she was related to Diana Ross.   Mrs. Schulte quickly broke the silence, “Come in my dear.  Welcome!  What is your name?”  A bright smile received Mrs. Schulte’s greeting.  “My name is Eleanor ma’am,” she replied as the teacher crossed the front of the room to take administrative papers from her new student.

Ezra’s heart nearly stopped when he saw her.  She was the grooviest chick he had ever seen.  He had been born and raised in Willowville and was one of the kids who had never met a black person in real life.  “UM LIKE I got a chair next to me if you want,” he blurted out as he jumped up from his seat.  Mrs. Schulte’s warm easy smile spread across her face as she corrected, “I HAVE a chair next to me and yes, thank you Ezra that is very nice of you.”  Eleanor sat down and gave him that sunny smile that he would grow to cherish in the coming months.  This caused him to flush instantly.  Inwardly he cursed the red cheeks that exposed his thoughts but if she noticed she did not seem to mind.  As they chatted he learned her father was Army and had just returned from Vietnam.  They moved because he had been offered a position with Willowville General Hospital.

Was not long before Eleanor was a regular part of the crew.  Thanks to her life as military brat, she had an easy going manner and she made friends quickly.  All the kids were crazy about her.   Especially Ezra!  Man that cat had it bad for that chick!  A week before prom Ezra confided in his best friend Al, “Dude man, I’m going to ask Eleanor to prom!”  Al leaned in to him and replied intently, “Like Prom is so bogus man!  Can you dig it?  It’s so the establishment!  And Eleanor!  Yeah, right; dream on man!”  Ezra laughed but was undaunted so summoning up his courage he asked her.  He was floating on air when she said YES!

He stood in the Thorpe living room nervously waiting for her to appear.  He could feel his heart beating in his throat and was glad Mr. Thorpe was a doctor because he was certain he was about to die.  She entered and she was more beautiful in her gown than he could have imagined.  Mrs Thorpe fussed and fussed.  Felt as though she took a thousand pictures.  Mr. Thorpe, doing his dad duty, gave him the hairy eyeball and sternly warned Ezra of the consequence of “misbehaving” with his daughter.  In the car Eleanor began to giggle, “sorry about my parent’s freak-out!”  “It is all cool,” he replied, “mine are not going to be much better.” 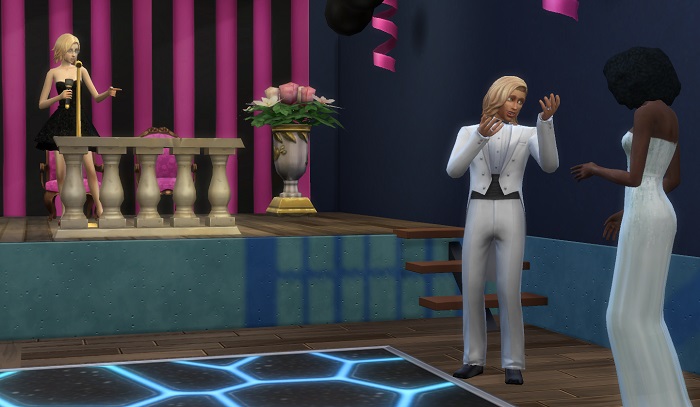 They finally arrived to the prom.  The gymnasium had been totally transformed.   The joint was blazin’.  His sister Amber was the MC for this shindig.  Ezra whispered something to her.  It was not long before she announced the song that he had dedicated to Eleanor.

“If a picture paints a thousand words,
Then why can’t I paint you?
The words will never show the you I’ve come to know….”

His arms held her close and she laid her head on his chest.  The scent of her Charlie (popular perfume in the 70s) sent his head spinning.  They were in their own special world.  At the end of the song they shared their first kiss.   The night was magical!  Ezra’s heart was so full of love for her that he did not think it could take much more.

Most thought that the “puppy love” between Ezra and Eleanor would languish but instead of cooling, it got hotter. 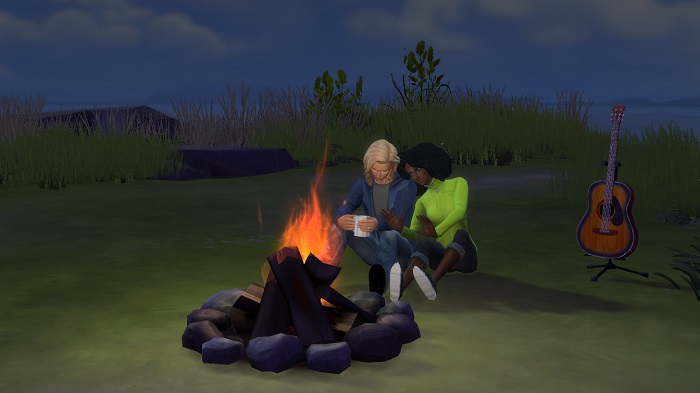 They would steal away with each other every moment they could get.  It was quite clear that Eleanor was as crazy about Ezra as he was about her!

Now you may think by now that this is pretty fairytale-like up to this point.  However, that was not the case.  While many in Willowville respected Mr Thorpe for his contributions to the hospital and most of local youth were open to the relationship, there were a number of naysayers.  Many of them were quick to recommend that he should stick to his “own kind.”  Some would try to “help” him for his “own good” and for the good of “the girl.”  Others were not so kind, saying harsh words and breathing out veiled threats.  Ezra steeled himself against their word and did his best to protect Eleanor from their ignorance.

With sobs and loud laments, Eleanor collapsed into his arms.  He numbly held her close.  His 18th birthday had been last week so they knew this day was coming.    He had received his induction notice.  DRAFTED!  A word all families of young men had grown to fear.

Ezra had made up his mind He knew what he wanted to do!  When he spoke to Eleanor she agreed.

“Mom and Dad,” he began wobbly, “Eleanor and I want to get married before I leave for basic training.”   Frantic looks crossed their faces and immediately they began to speak, “Now son you know we are very fond of Eleanor but marriage is a BIG step.  It is not easy to be married and being married to a black girl will compound those difficulties.  If not for you two, then think of your children.” (That is what they said in those days). Ezra raised his voice and said, “DAD don’t break foul on me!“  Mr. Hanson broke in, “Son please do not use that slang on me!  We love you and want the very best for you!”

Eleanor tenderly spoke up, “We know it will not be easy but not being together is more burdensome that we can bear.  We are in love and we are willing to face those troubles.”  After a bit more discussion the Hanson’s gave their reluctant permission.  Things did not go any better at the Thorpe home either.

In the end, they all agreed to support the marriage.

Both mothers worked together to create a sweet backyard wedding venue for their children at the Thorpe home.  There in front of their families, Ezra and Eleanor exchange their rings and promised their lifelong devotion. 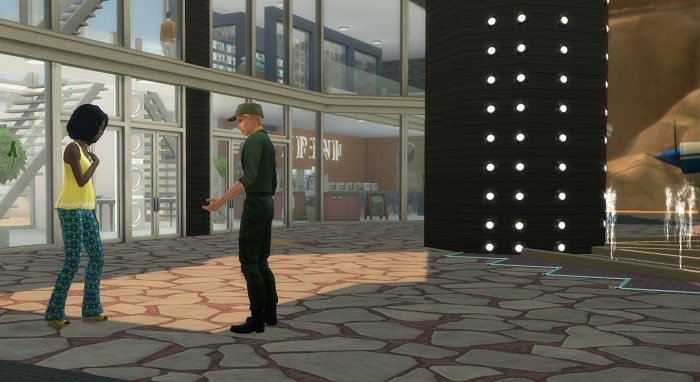 The day came to say good-bye.  Ezra had completed Basic training and was being shipped off to Vietnam.  Confused feelings ran thru Eleanor’s head as she walked him into that airport.  Anger, fear, sorrow, and confusion overwhelmed her heart.  Ezra tried hard to reassure her that he would be home soon but she was unmoved.  As he boarded the plane she regretted all of her sharp anxious words.  She longed to run to him and beg his understanding.

Thru tear filled eyes she watched him fly away.

The Western Union Telegram read, “The Secretary of the Army has asked me to express his deepest regret that your husband Lance corporal Ezra Hanson died in Vietnam as a result of injuries received while engaged with a hostile force. Please accept my deepest sympathy.”

Author’s note:  This story was created for submission into a forum short story challenge.  The theme this month is summer love  … come on by and read the other entries you will be glad!   (Voting is open 1 Sep .. come pick your 3 favs)

A HUGE TY to the artists and creators who made this story possible!

This High School is a must have for story writers! 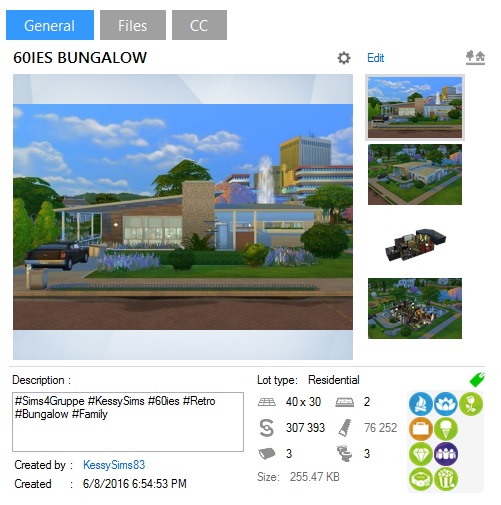 AND the creator of the FAB Ezra:

I adjusted him a bit but he was awesome starting material!