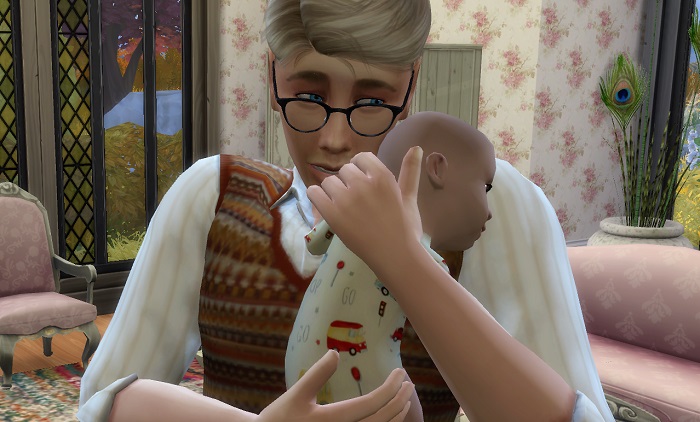 “OHHH .. I think it is time!”  Snow utters thru clenched teeth as the contraction hits her.  Prince helps her gather her bags and off they go … 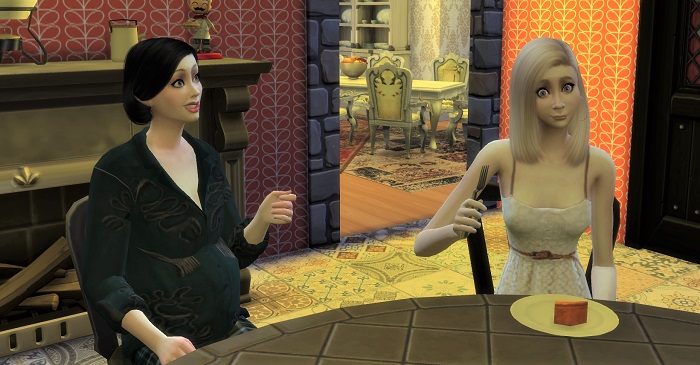 Dr Ellie meets them at the hospital.  “Go check in and I will be in to examine your progress,” Ellie says in a calm and reassuring voice.  Snow obliges and waddles in to the front desk. 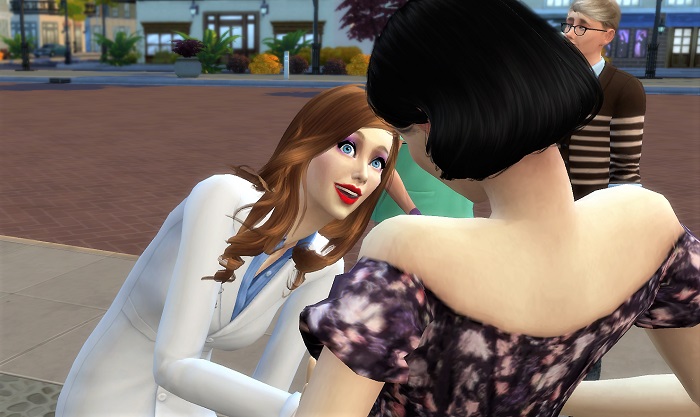 “Snow Charming…” Snow begins.  The attendant giggles, “Yes your highness I know.  Dr E will see you in exam room 1.”   Snow does her best to return a smile to the beaming young woman.

Sadly this time is taking a bit longer than the other two deliveries did.  Prince patiently walks his unhappy bride thru the hospital corridors as her labor slowly progresses.  He feels he was “an old pro” at this by now and with a chipper attitude (that Snow did not always fully appreciate) he encourages her along.

Finally it is time … 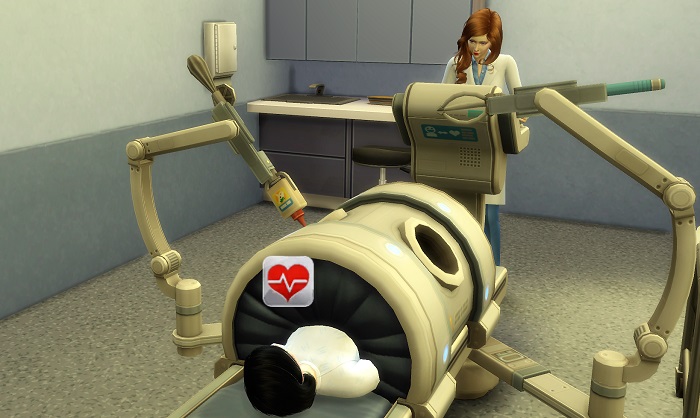 but soon they welcomed their sweet NOOBOO  … a little BOY!   His name would be Aster .. Aster Charming!

Snow muses, “Oh little dear one you are so precious but what on earth will I do with a boy!”  She looks down into his sweet eyes and falls in love.  “Somehow we will figure it out!

At home Snow is still trying to do too much.  The exhaustion is really starting to show in her face.  Prince is worried about her and he insists she go up and rest.  Snow wanted to resist but she is so very tired … without much pressure she gives in and goes up to her room and puts on her comfy PJs, she knows she is at the end of her energies.

Prince brings her a pot of hot tea and sweet snack.  Snow settles in for a good read.  She has been dying to immerse herself  into  the best selling murder mystery  “Lessons of Love” by Beryl Heffner.*   When her father commits a suicide, Jewel Howard is the only person who believes he was actually murdered. The Police closed the case and won’t investigate. Jewel has no other choice than against her better judgement ask for help the notorious Enzo Olivieri also known as the Phantom.  Snows mind reels as she reads the book jacket … Will Jewel learn to trust the Phantom?  Will Enzo choose Jewel or her money?   Soon she is happily off into a world of intrigue and romance.

Prince takes over most of the infant care.  He chuckles to himself, ” I really am an “old pro” at diaper changes.  Well it is a bit different .. there are “hazards” you have to watch out for when you change boys.

As he holds Aster closely, he breathes in the sweet baby scent of his son.   He whispers to his bundle of joy, “You were a big surprise my boy.  At my age I thought that the next baby I would hold was a grandchild.  But here you are!  We all love you so much.”

The girls all gladly chip in to help their dad with Aster’s care.  His sweet little smile has them all enchanted.  He has such a sweet disposition!

As Rose White feeds him she allows her mind to drift to the day when she will hold her own sweet baby.    Her thoughts run thru the faces in the pictures of the suitors … which one???  She whispers a confession. “Oh Aster I am so nervous about finding the right one. Our kingdom is counting on me to choose well.”

“But for now they will all have to wait .. you my sweet brother are the only boy in my life today.”  Aster cooed his approval.   Rose had told Claudia that she wanted to wait until Aster was a bit older before she began the selection process.  Her mom’s health was more important so it was no sacrifice. 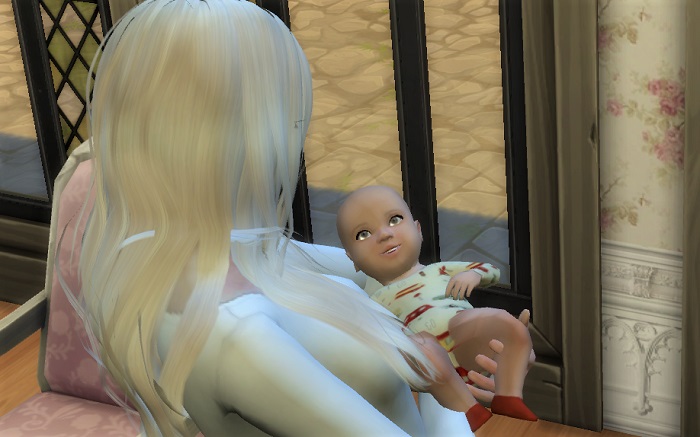 The younger girls continue to push hard on their studies.  They want to finish early like Rose White did.  While all three are dreaming of their future …

none quite so intently as Rose Red.  She and Bruno are growing closer and closer every day. 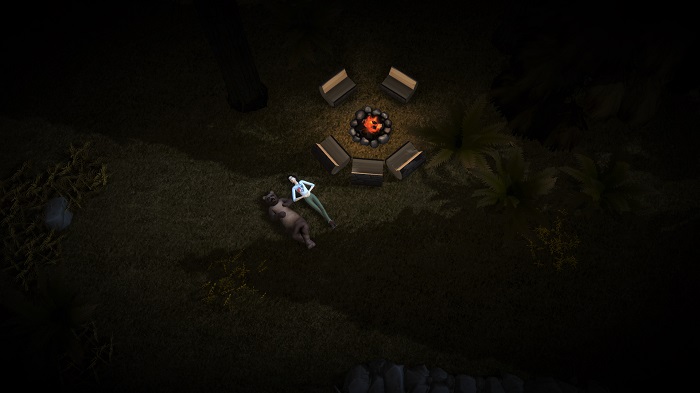 She love spending time with his family.  Bruno’s little brother is a bit different but they all adore him.

Mamma bear is a FAB cook and she does not miss out on many chances to feed ‘the girl’ … “Rosie we need to put a little meat on those bones,” she teases. Rose Red never declines the scrumptious offerings from mamma bear’s kitchen. 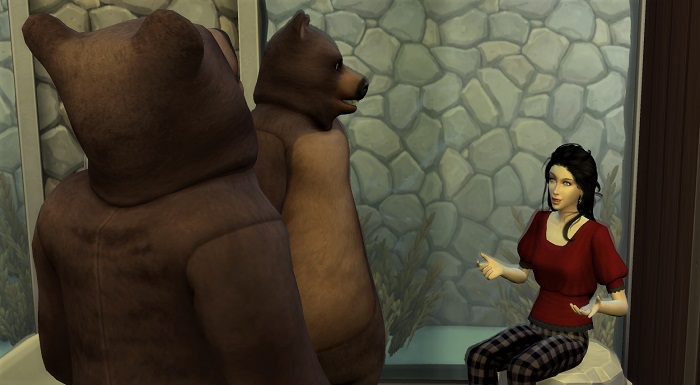 Rose Red is not the only Charming to befriend this unusual family.  Papa bear and Prince are becoming so close.  Papa bear takes Prince out for a drink so that they can discuss the details and options for the upcoming benefit concert.  Papa bear is a very strong organizer and with his steady leadership abilities there is very little for Prince to do but to practice his song set.  “There has been so much interest on this.  I am certain we will raise a good portion of the funds needed for the waterfront renovation.”    Papa Bear’s firm assurance led Prince to know there was nothing to fear.  After business they enjoyed a night of comradeship .. just two dads out having fun. 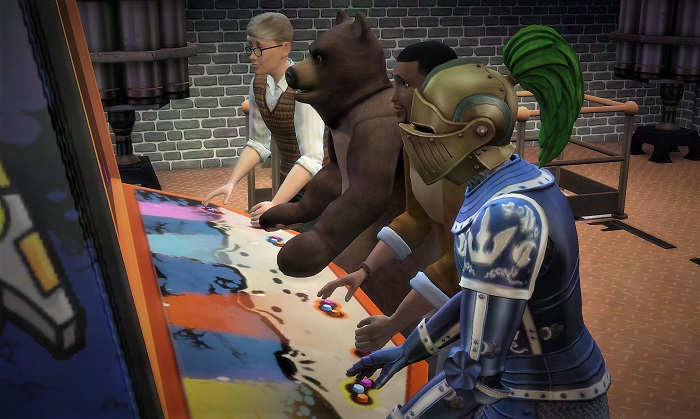 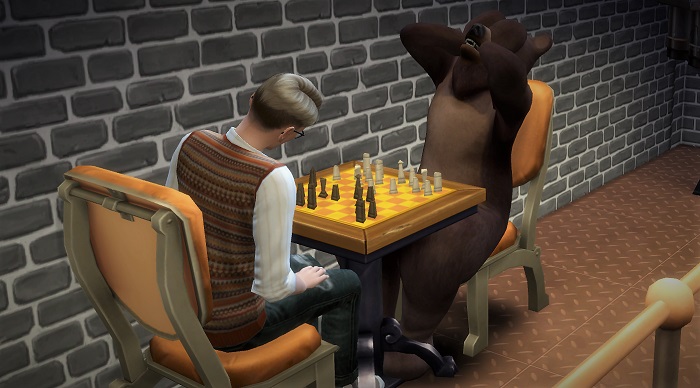 As time went on Snow got stronger and was soon back to her old self.  Aster aged up into a lovely child who is very devoted to his mom and dad.   He is a social little scamp  .. a chatterbox who makes friends so easily.  His dad is his hero and he follows him around watching admiringly .. he wants to be just like his dad when he grows up!  Where the red hair comes from no one knows LOL. 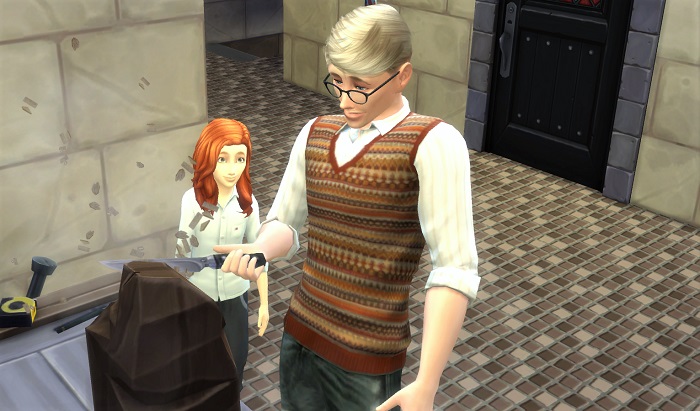 The word is getting around that Rose White is ready to start seeing the suitors.  Claudia has been working her fingers to the bone scheduling the program.  Alexander Goth demanded an audience with the Princess.  He wanted to know why he was declined TWICE!  Rose just shrugged and assured him that she had nothing to do with the vetting.  Her father and his security team saw to who was accepted and rejected.  He was not happy.

He sulked around .. lingering longer in the house than he should have.  He encountered Lily and tried a move on her (I guess any princess would do) .. to no avail!  Security finally had to asked him to leave.

Meanwhile: The Gift (Meanwhile will occasionally update the Charmings and other families not featured in their own spin off

Rose White – Search for a King (A Bachelorette Challenge): #1 Merry Christmas Join beautiful Rose White, heir to the throne, as she seek her soul mate and future King of Windenburg >>

TY to the artists whose work is used in this update 🙂 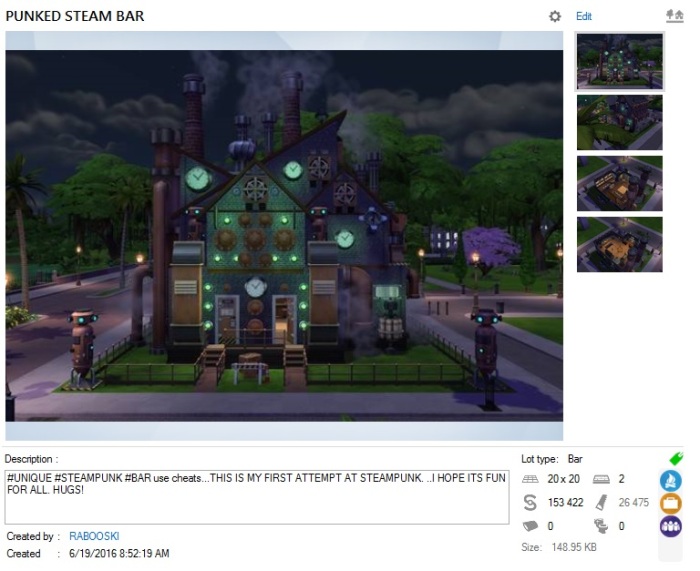