The triplet’s birthday put the search for a King on a brief hiatus.   Rose wanted to be home for the party.  She missed her family and friends so very much.

Snow was busy in the kitchen preparing the feast .. and yes she has finally learned to make something more than just her famous gummy bear pancakes 🙂  Her cooking skill has definitely caught up to her passion.

The day arrives and family and friends pour in.  Prince’s baby sister Caroline, who certainly is aging well, is the first to arrive!  Bruno, right behind her, is all smiles too!

Prince and Snow could not be prouder of their lovely daughters.  Like their mother they abound in grace and beauty and like their papa they are witty and charming.  The best of both!  The blessings and good wishes pour out as quickly as the Prince’s fine wine from the bar.  It is wished that young adulthood will bring many adventures to these sweet girls! 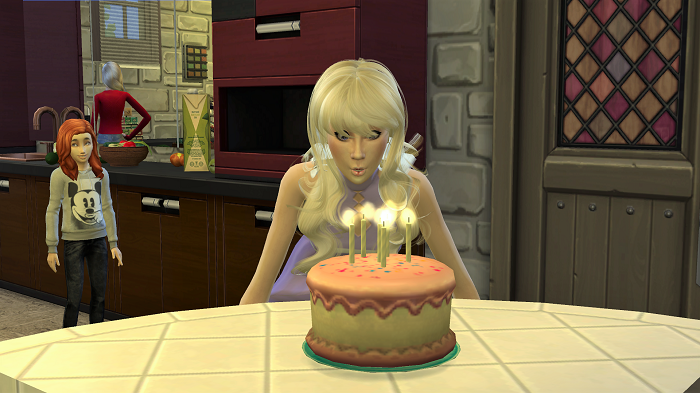 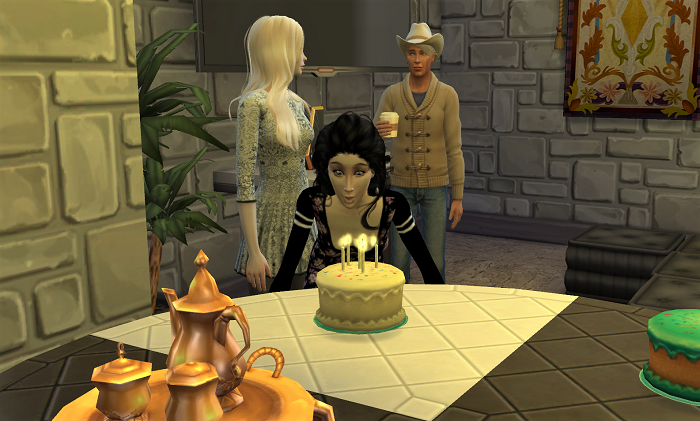 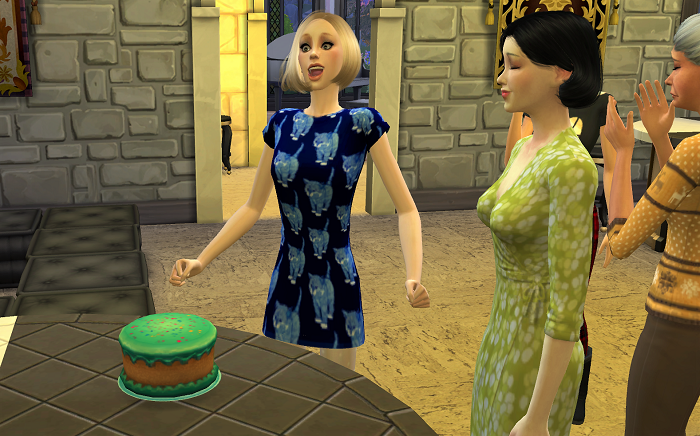 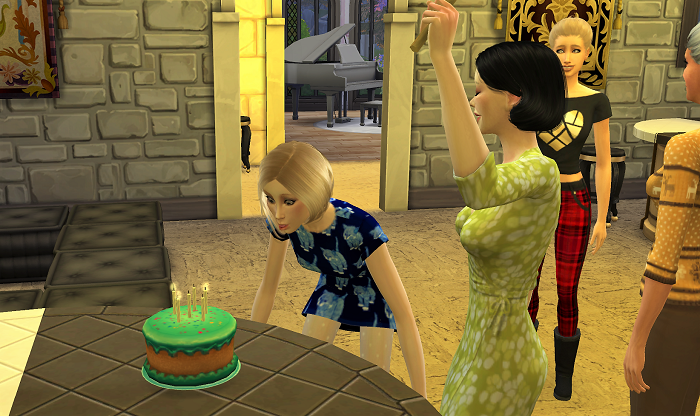 The party went on late into the night .. everyone enjoying themselves tremendously.  But a couple of them had slipped away to a quieter spot for some alone time.  If anyone noticed they did not let on but allowed them to have their secluded rendezvous. 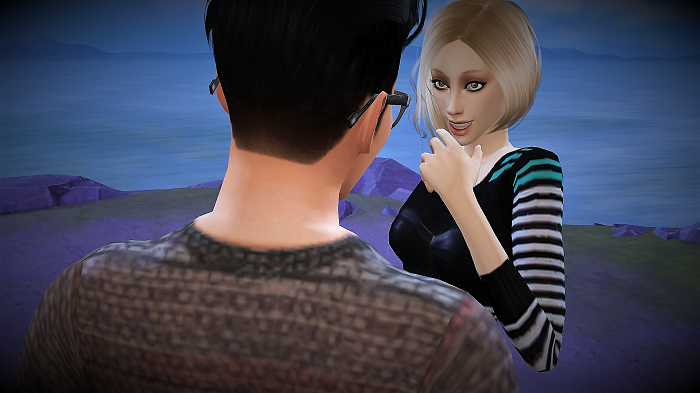 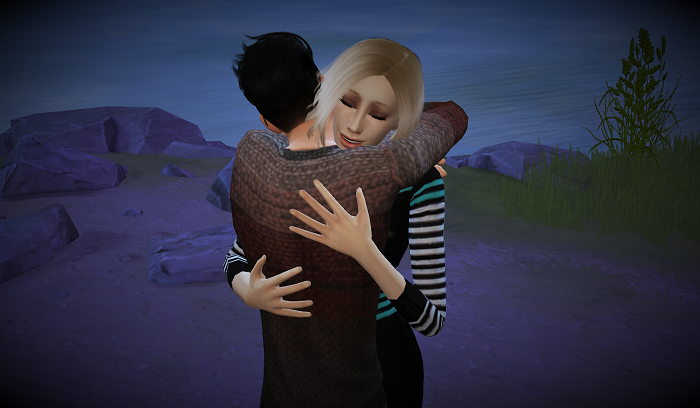 The following Friday the search for a King resumed.  Rose White looked forward to her date with Ezra.  She had met and was intrigued by this all American boy  during their visit to New York.  Not only was he handsome but he was charismatic and  amusing to be around!

Their first stop was The Plasma Club.  Ezra laughed as he explained that the club was unusual but that the DJs here were always jumpin’ and the wine bar was fantastic. The princess was delighted to see that they served the best wines from her dad’s vineyard. Speaking of unusual .. there were some seriously memorable characters getting their party on here.  Especially this guy named Vlad.  His voice was hypnotic and made her feel dizzy.  Augh he gave Rose the creeps!

Ezra was sure right about the DJs .. they kept the place bouncing all night!  Rose began to regret her choice of footwear.

Taking a welcome rest for her tired feet they enjoyed some time reminiscing about the night they met at the gala thrown for her parents as they embarked on their goodwill tour of the US.   That night had been magical and remembering brought back a flood of wonderful memories. While she does not have the best singing voice she did allowed him to talk her into a few songs on the karaoke.  She had never tried before but it was obvious that he sure had.  His voice was like velvet and made her feel all “melty.”

His apartment was only a few blocks from the club so they walked there.  Ezra jested that he would gladly carry her if her feet still hurt but she managed to make it there just fine with out it. He was a collector of Gothic artifacts so his apartment decor was a bit odd but she enjoyed his company and overlooked the strange art that stared down at her.

The butler had prepared a delectable lobster meal and then discretely departed so they couple could enjoy a their meal in privacy. 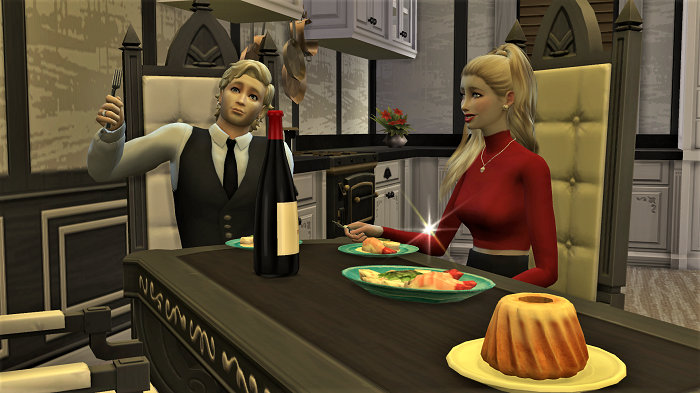 Ezra had a headache and decided a bit of music could help.

Between his soothing voice and the haunting refrains from his magnificent pie organ Rose soon felt like she was floating on air.  It was as though she was in a dream.

“YOU BIT ME!”  Rose could not believe what had just happened!  “What is going on here?” She pressed the abashed swain for answers. Ezra went on to relate a story that broke her heart.  He had been on one of his Gothic memorabilia buying trips in Romania.  There he met a lovely couple, Vlad and Issabella, who invited him to stay with them.   Their house was filled with artifacts that drew him in and they freely let him explore.  It was great … so he thought … After a lengthy pause, Rose explained to Ezra that while she is so very sorry this terrible thing has happened to him, she cannot leave him in contention for her hand in marriage.  Although his heart is breaking he know this is the best.  He fears if his thirst would grow to much he might do her harm.   She vows to keep his secret and they part as friends.

(A little funny .. look who showed up at the Plasma Club)  … 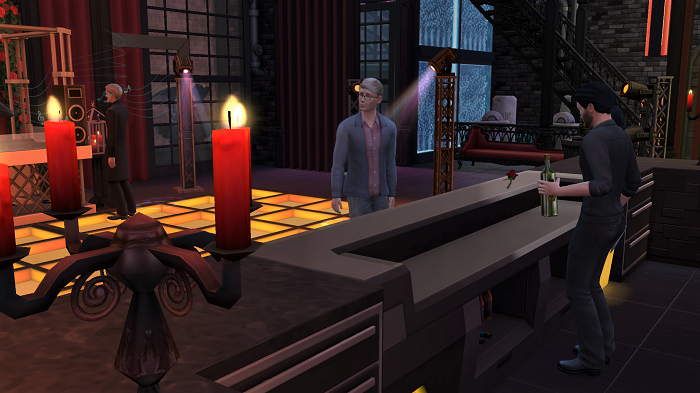 The beautiful Ezra  (NOT a vamp in gallery)

51 thoughts on “Rose White: Search for a King (A Bachelorette Challenge) #6 Meet Ezra”