The mysterious disappearance of Princess Caroline has had the WPD Search and Rescue out in full force.  They have scoured every hill and every dale and every glen and .. well they have looked everywhere and there is no sign of her!

“Sire, we have looked for her for two weeks now.  She is gone.  It is like she disappeared into thin air.  She was last seen in Brindleton Bay but then … no one knows …”  Officer Theis trailed off.

This was a very difficult visit.  It was not often that he had to make a house call like this and especially hard to deliver such terrible news to dear friends, they were so shaken.

Princess Caroline went missing only a few hours after her release from jail.   Speculation now held that she must have fled in the face of her impending murder indictment and was probably in hiding.

“Please know that we are doing everything in our power to find her,” Officer Theis assured the Royal family.

“Thank you, Walter,” Prince said, shaking his head sadly.   “I know you are.  I will go call my sisters and give them the official word.” 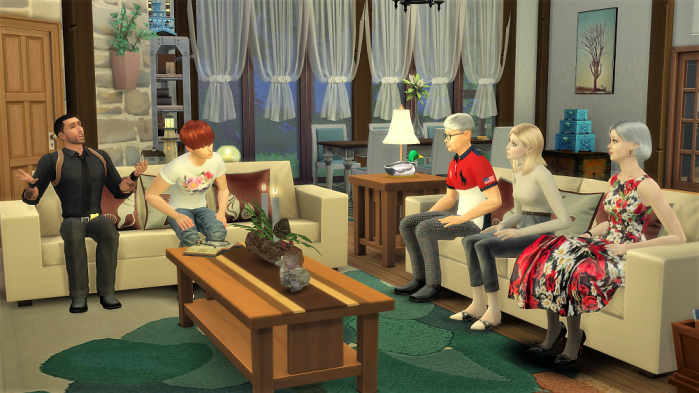 Officer Amaro did not have it easy either.  He was chosen to deliver the news update to Mike and Rose White.

“I am so sorry!  This is not the news I wanted to deliver.  Her status has been changed from missing person to fugitive.  There has been a warrant issued for her apprehension and the DA is bringing formal charges.”

“Oh come on Nick,” Rose exclaimed incredulously, “They have no hard evidence. How can they charge her?”

“The DA thinks the poisoned apple pie is enough to go forward with murder charges.”

Nick was getting very uncomfortable and at that moment he wished that he could be anyplace but there. 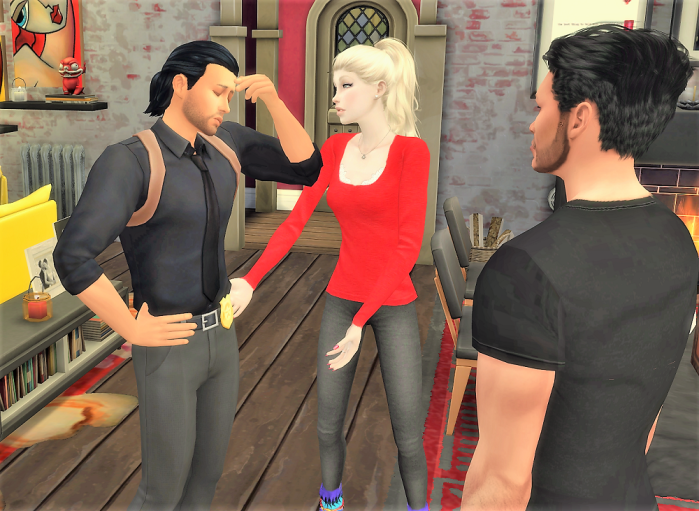 Mike was visibly upset by what Officer Amaro was recounting.    How could they even say this about Sweet Auntie Caroline?

Officer Amaro shook his head, “To be honest Mike,  I don’t know what to believe.  You two have my promise that I will do everything I can to uncover the truth here.”

Mike was not the only one who was convinced of Princess Caroline’s innocence.  Miss V was adamant!  She did not believe it.  Call it a cop’s intuition, she knew something was terribly wrong here.

Although she argued it well with her colleagues, her suspicions fell on deaf ears.

She was going to have to go rogue and do this one herself!

Careful with that temper Ms. V!  You must remain clear-headed if you wish to solve this mystery!  They will believe when you bring back the evidence! 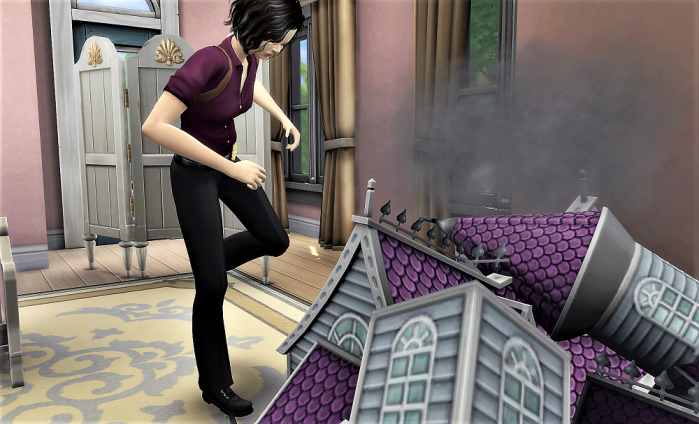 The next morning her first stop was the palace living quarters. 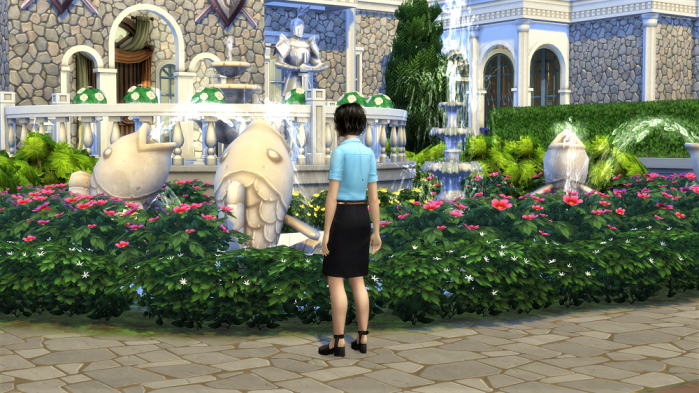 Alexander and Lily were out for the day but she did get a chance to speak with the housekeeper.  Alina’s memory was not the best and the conversation brought nothing new to light. “I am sorry that I cannot recall anything.  I told the others that too.”

“Oh yes, we have had officers interviewing the household and seeking evidence all over the palace and grounds for two weeks.  But you are more than welcome to investigate for yourself.” 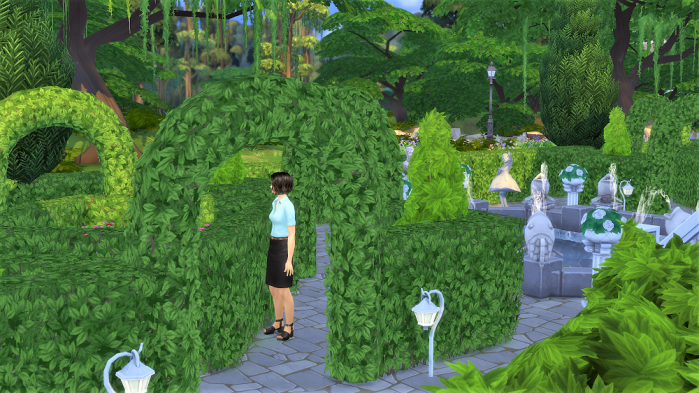 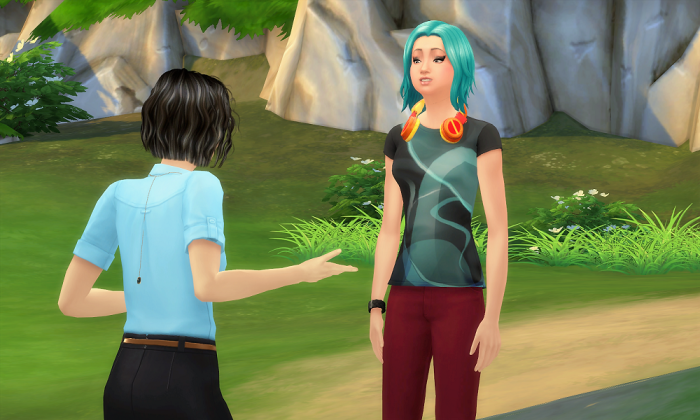 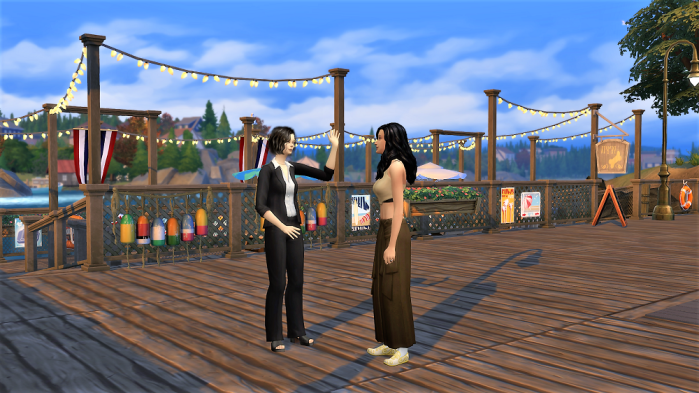 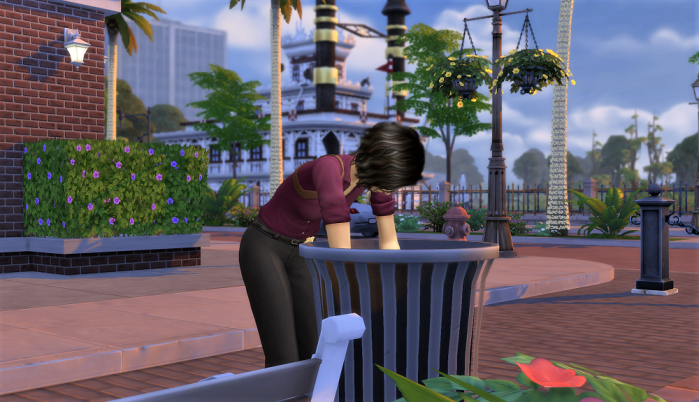 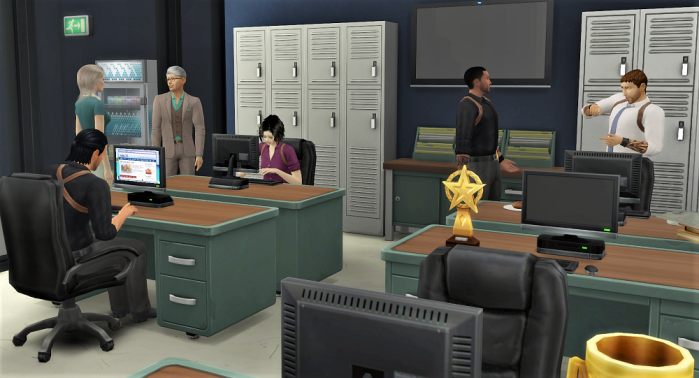 Miss V was frustrated that, despite all of the work done by her and her fellow officers,  it was just not coming together the way she hoped it would.

She needed a fresh pair of eyes to help her see.

She called her old friend Sherlock Holmes.   They would meet for lunch in Magnolia Promenade.

As they walked from the subway station, Miss V explained everything that happened and what evidence they had uncovered.

“So it comes down to this we have suspect but we have no clue where she is.  We have no other suspects except this mysterious Weasel I keep hearing about.  There again NO clue as to who it is .. or what is the motive.  The more we dig around the muddier the water gets.  Now we can see very little.

UHHH I am not so sure I would eat here … can we say food poisoning boys and girls? Sherlock began, “Yes, there certainly is something bigger going on here.  With this much intrigue, someone has laid careful plots and plans. I would trust NO one!

Since you have not shared the new evidence you uncovered … I mean … if it were me, I would get it analyzed by another crime unit.  Don’t you still have connections with the SanMyshuno PD?”

“I would take it there and talk to the SMPD crime unit. ” Miss V felt nostalgia wash over her as she approached the SMPD Crime Unit.  She had served happily here for the first 10 years of her career.

She was thrilled to see her old friends again. She explained to her ex-boss what she was working on and why she came here for help with the evidence she had gathered.

He agreed to assign 3 officers to run the analysis on the evidence she brought.

While they worked Captain Miles shared stories about Officer Theis.  They had gone to the academy together.

“I can fully appreciate your reluctance to trust anyone around you.  I agree the betrayer is someone in close.” Captain Miles instructed, “However, I can tell you with the utmost of certainty that it is very safe to trust Theis.  He is a man of much integrity and you will do well to come under his authority!”

Miss V was glad to hear Captain Miles say those things.  She was comforted by the knowledge that she was not alone. The officers complied the data and sent it off to Windenburg with Miss V, who thanked them profusely and promised to stop by more often. 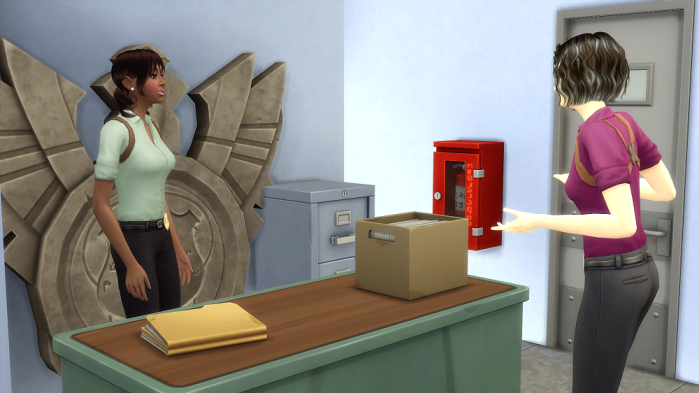 Since she was reluctant to share in the office, Officer Thies invited Miss V to come for a breakfast meeting at his home.

“I am sorry sir, we do not know who the Weasel is and if he or she is involved in this.  I was urged to be cautious around everyone but you.  Captain Miles assured me of your integrity.”

Officer Theis laughed, “He is a good bloke.”

Miss V gave him the rundown on what she had found.

“Excellent work detective.  Will you be beginning to following the evidence trail tomorrow?” 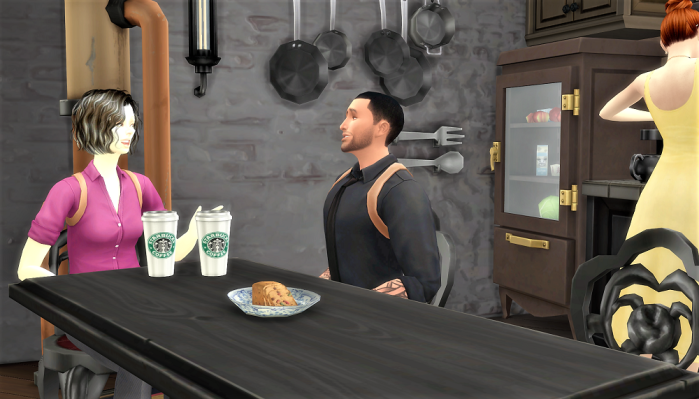 The Weasel spoke in a calm assuring manner to the hot-headed Queen, “Yes my Queen, all is well.  The WPD believes that the Princess is in hiding. There is nothing that can incriminate you,”

“Except maybe the old woman,” the treacherous one pointed out. “Don’t you worry about her.  I have a spell on her ball and she will see very little of any of this.  And now we move to the next phase.”  Evella spit the words like venom from a snake,” I assume you are ready?”

“Yes my Queen,” came the reply. An Era of Charming Tales table of contents

If you are new to my story .. might I recommend the story synopsis.  This will bring you from the beginning to the present,  Well few chapters back 🙂

Honestly you need to follow these fab builders in the gallery ALL NO CC!

Nikkamore is new to me and I have only used her a tiny bit but her builds are wonderful ..  AND I know you will be seeing lots more of her in my story! 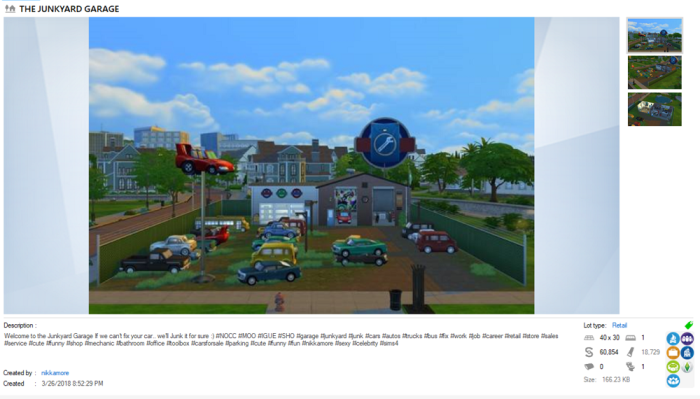 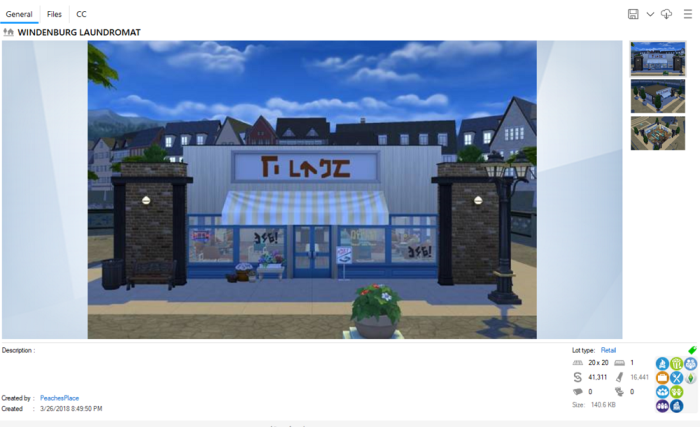 Betty has the most adorable diners .. and other adorable builds.   You will be seeing more of her! 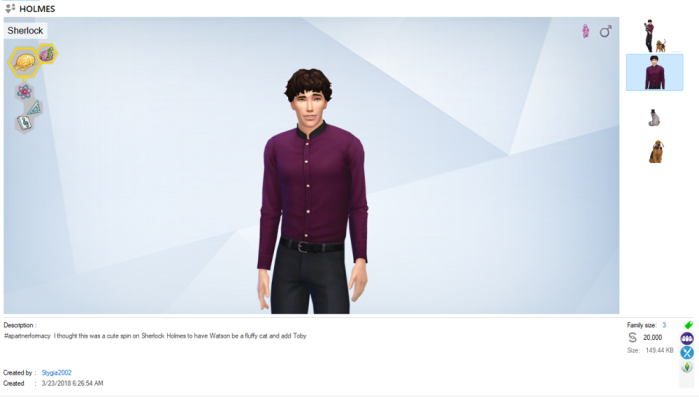 AND last but certainly NOT least my happy colab with Simsophonique …  thank you, my friend, Miss V is wonderful!

She was just interviewed by Rosemary of Booocha.com  FEATURED AUTHOR, AN INTERVIEW WITH SIMSOPHONIQUE!

Pose light today 🙂 but one from the FAB Joanne Bernice!

41 thoughts on “An Era of Charming Tales: Miss V is on the JOB!”