The next morning a weary Prince and Snow sat by a toasty little fire discussing, away from listening ears, the events of yesterday.

“I hope they are ok,”  a saddened Snow sighed, “It is such a dangerous journey.”  Her mind’s eye lingering on her beloved daughter and dear SIL as they walked into the night.

Prince tried to sound encouraging as he asserted Bruno’s capabilities to both protect and provide.   “He is a very strong boy and a very wise boy too.  Rose Red is in the best hands we could hope for in a situation like this.  And darling, don’t forget he was a bear til just recently and he learned much about foraging in the wild from his father and mother.   He will be able to provide very well for her.”

“Ohh,” Snow said sounding rather weepy, as Paola’s name came up,  “I will be sad to lose Paola.  She is such a dear friend.  One of my very best.”

Prince, ignoring his own sad heart at losing a dear friend himself, said firmly, “Honey, now you know that they are in danger too.  They must leave in order to protect Molly and Caiden.”

She and Prince had gone directly to the Orsini home right after they saw Bruno and  Rose Red off.  After apprising them (mamma and pappa)  of the situation the two families conferred on the matter until the wee hours of the am.

It was decided that the danger extended to Alfonso, Paola and the kids too.   Wisdom subscribed that they should also leave Windenburg until the peril had passed.   It was decided that they would go to the same village as Bruno and Rose Red (only after much discussion … Paola insisted … Prince and Alfonso were not dissuading her with warnings of danger … no future grandchildren of hers would be untended by a doting grandma) but they would travel by another route. 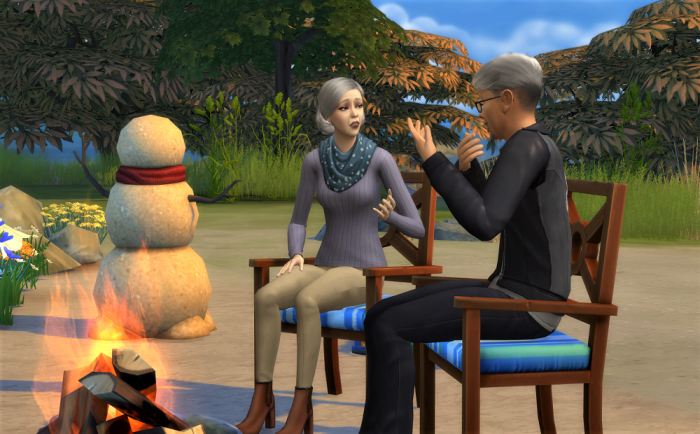 For Prince, the most pressing situation at the moment was what to do about his family.  It is well known that Evella has a deep-set hatred for them.   It is NOT lost on him that the poisoned apple was gifted to  Mike and Rose  White not Bruno and Rose Red.

While Prince debates with himself, Mike is adamant that he and Rose White will stay.  It would take much more than an idle threat to get them to abandon the kingdom.

Rose suggests that the family gather for dinner tonight and that a final decision can be made then.   Plus it will give everyone a chance to say goodbye to the Orsini family.

In the meantime, Prince can confer with Officer Theis and get his assessment of the threat level.

Caiden and Molly stopped to pick Aster up on the way to school.

“OH man,” Caiden shook his head, “This is such a bummer bro.  Dude, you and me we been wing-man since we were lil’ fidgets.”

Molly said nothing but it was obvious, with her red-rimmed eyes and pink nose,  she had been crying for a while.

Aster was incensed at the thought of losing his friends.  “This weasel and that old witch, I am not afraid of them!  I will find them,” the brave lion-hearted young prince asserted, “how dare they rob our families of peace and joy!”

While Caiden chimed in a resolute agreement with Aster, the declaration only caused Molly to shed more tears! 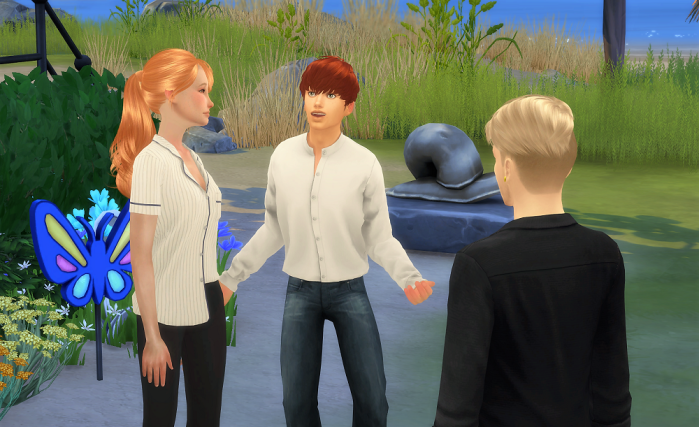 Things got a little tense as the family gathered for dinner.  The delightful aroma of Rose White’s scrumptious fare did little to diffuse the situation.  No one was going to be able to enjoy the meal with the decision hanging overhead. 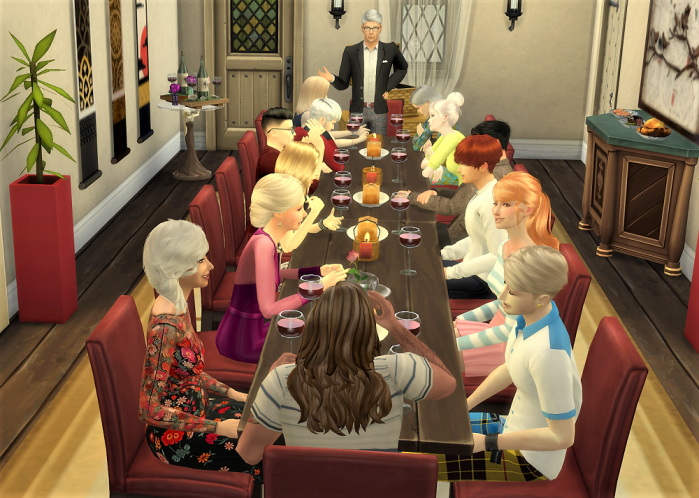 Alexander and Mike were having a bit of a disagreement about the impending decision.  Alexander feels that the entire family should leave and go to Bruno and Rose Red.

Prince is vehemently opposed to that idea.  Putting the entire family in one location is foolishness to him.  He feels separate locations is much safer.

Mike remains immovable on the subject and eventually, everyone comes to the agreement that the family would stay together in Windenburg.  At least until the situation escalated and further danger & threats materialized.  Mike reiterated … IF they materialized.

With great relief, everyone moved to the buffet and began to enjoy themselves with Rose’s amazing eats. 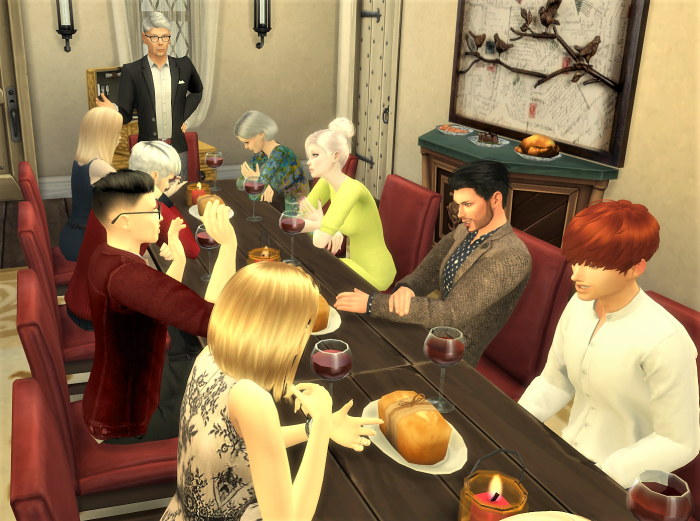 Molly hurried to find Aster waitng for her on the bluff. I overheard the two young ones speaking on the bluff.  Alfonso and his family will leave right after daybreak tomorrow.   Yes, my Queen, I will speak with Mergwhen he will enjoy the work.”

Because their journey started so late (or perhaps I should say so early in the am), Bruno and Rose Red did not make it as far as they had hoped they might.  Hunger and fatigue came upon them like a bandit.

Rose Red was having a very difficult time.  The singing, that apparently only she could hear, was louder now and quite incessant.  She tried to ignore it but the persistent tunes would not leave her mind.

Pulling and drawing her and urging her … BUT TO WHAT?

Back at home, everyone thought she was a bit looney and quite honestly now, she was beginning to wonder herself. Bruno noticed her add behavior and prodded her until she divulged that she was hearing the voices again.

“Did you bring your medicine?”  He was becoming alarmed.

“No, when Mom said to travel light.  I did not even think of it,” she confessed.

The fear shone brightly in Bruno’s eyes.  He could handle anything the road could spring on him but this scared him to death!

“Bruno, please stop worrying,”  Rose Red reassured, “I will be fine.  I am tired is all.  A little rest and I will be A-OKAY!”

Feeling less than comforted, Bruno crawled into the tent next to his sleeping wife and soon was fast asleep. 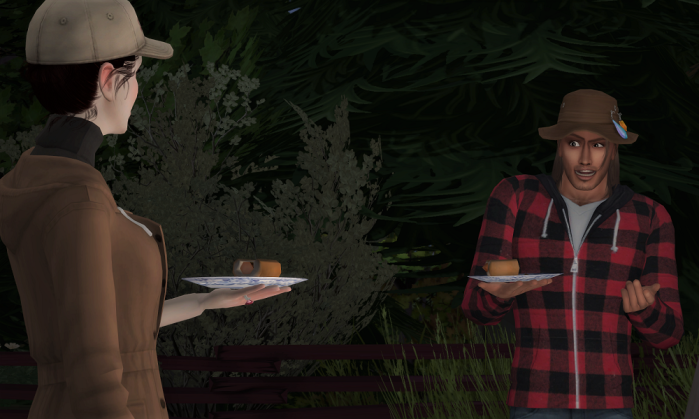 In the morning, Rose was startled to see a young woman sitting near the campfire when she crawled out of the tent.

Bruno was already up and had no doubt started the fire.  The night had been fitful for Rose.  Terrible dreams washing over her and the singing so loud that she could swear it was right by the tent.   She was feeling overwhelmed and confused.

“Good Morning fellow traveler,” the young woman sang out, “My name is Q.  Well it is a lot longer than that but my friends call me Q.”

“Hi Q.  Your voice is so familiar, have we met before?”

Q just looked quizzically at her.

“No, I suppose not,” Rose laughed.

“My name is …” Rose paused to pay attention to her brain’s warning signals, “Iris.”

Q smiled, “A pleasure to meet you, Iris.” “OH, there is your hubby Stanley now.”

Apparently, Bruno had also given a pseudonym to the stranger.  Rose snickered at the name … he did not look like a Stanley at all.

“Mornin’ ladies, I’ve got some fresh fish for breakfast.” 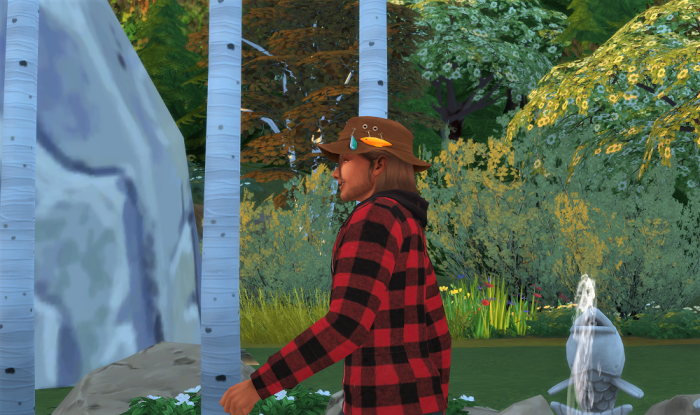 “I have just come from there.  It is a beautiful safe place and there are many warm and dry places to set up your campsite.”  Q was telling Bruno and Rose of a wonderful place to stop for the night.

Bruno thanked her for the information and began to beg their leave.

He was feeling kind of antsy staying too long here.   On his way back from the fishing hole he had noted a suspicious truck parked along the side of the road.

The road lay ahead of them and the day was getting on already.   Bidding Q goodbye, off they went! 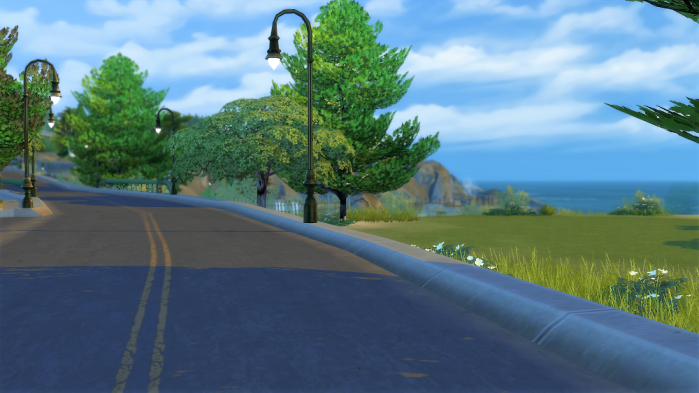 The lunch stop involved catching it.

Bruno is in his element!

Yes, he is a Prince by birthright but he is a bear at heart!

He was so proud of how hard Rose tried to do her part.  He would teach his sweet princess everything she needed to survive 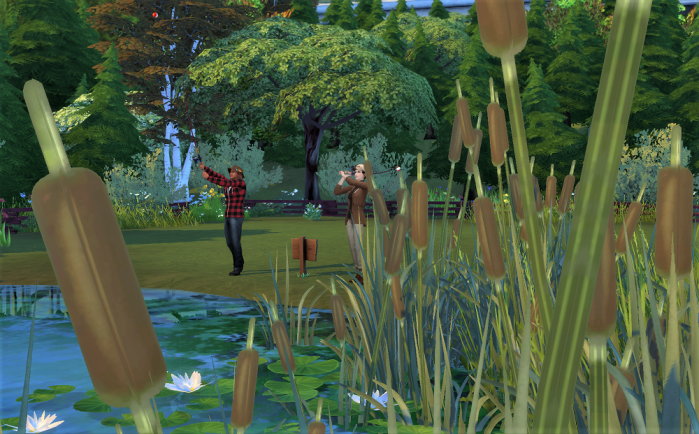 As the sun was setting, they came upon the place Q had told them about.  It was magnificent!

Not only a great camping spot but, from the looks of it, an awesome place to explore! 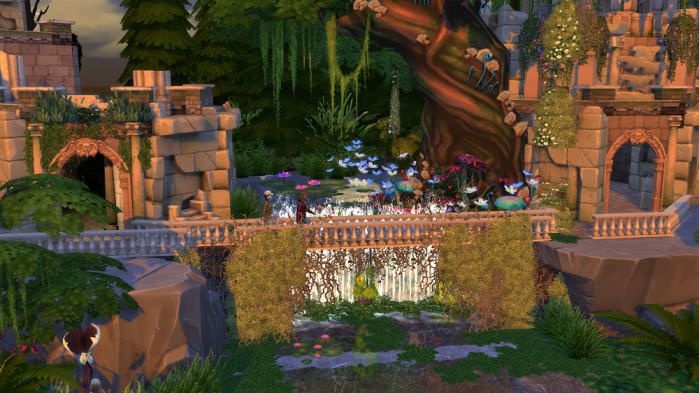 At dusk, Bruno began to set up camp.

After a lovely dinner of roasted fish and some singing by the campfire, the “sleepy monster” came upon them! 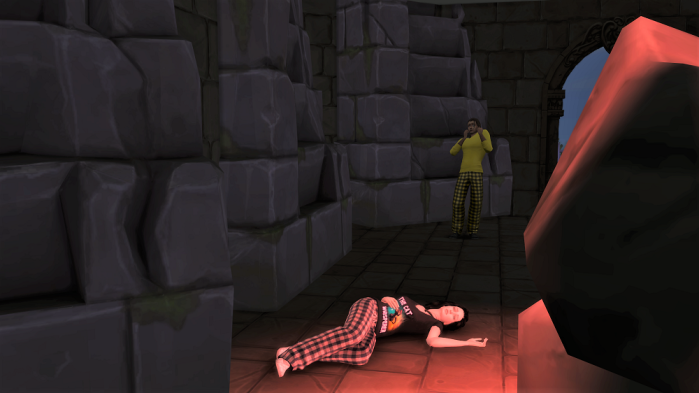 A new builder for me .. this lot is a must see. 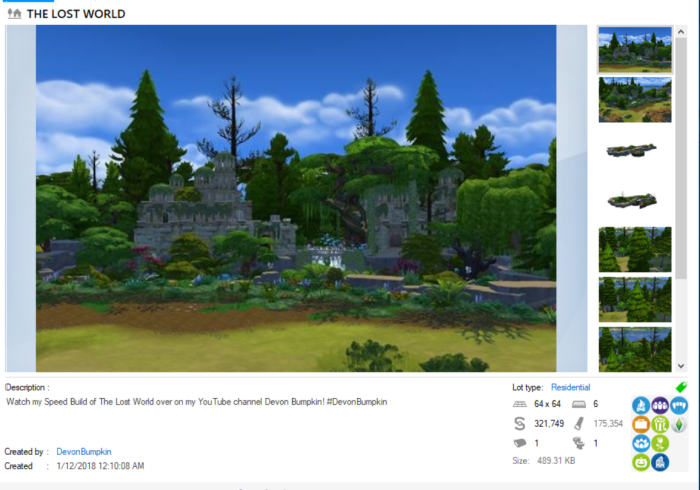 While I do indeed use a lot of cc (feel free to ask for links if you ever see something you like) … this one is most notable!