Snow’s descent into darkness seemed to have no end.

Despite all that they tried, the family could not help her feel “normal” again. 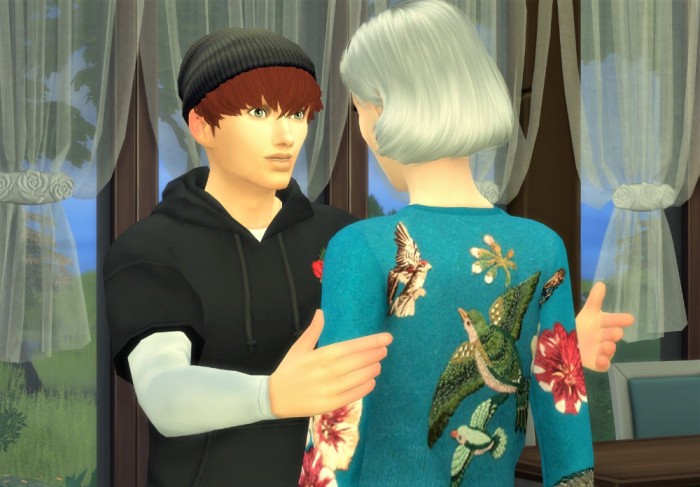 She did try to just maintain for them but like a geyser of despair, the grief would just rush out of her.

Prince’s concern for his bride weighed heavily upon his heart.

Her pain was very much his pain!

Then IT happened.  One sunny morning, altogether not unexpectedly, that feared specter of terror came to call. 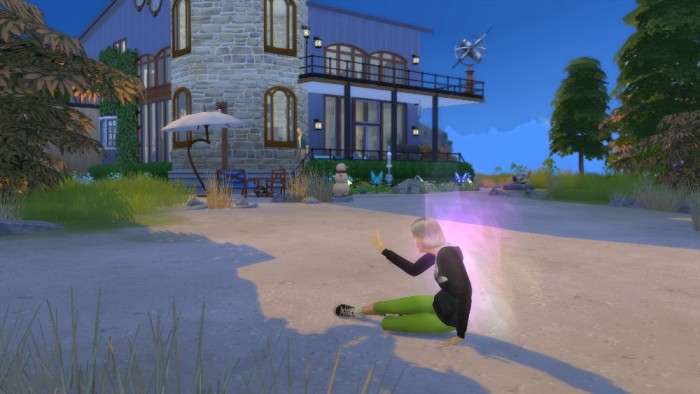 Prince rushed to her side but Snow was no more.

The grave had swallowed her.

Aster attempted to plead but it fell on death’s deaf ears.

The depth of his anguish caused immediate concern for Violet.

He seemed frozen in place.

She feared he would pass into that same darkness right there where they stood if she did not get him to move.

“Daddy, please!” She pleaded, “Come with us to the house, you cannot stay out here.”

Jack and Aster managed to move him to the house.

His steps feeble and vitality drained, Aster was shocked at how stricken his father was.

Prince pleaded but it was to no avail. 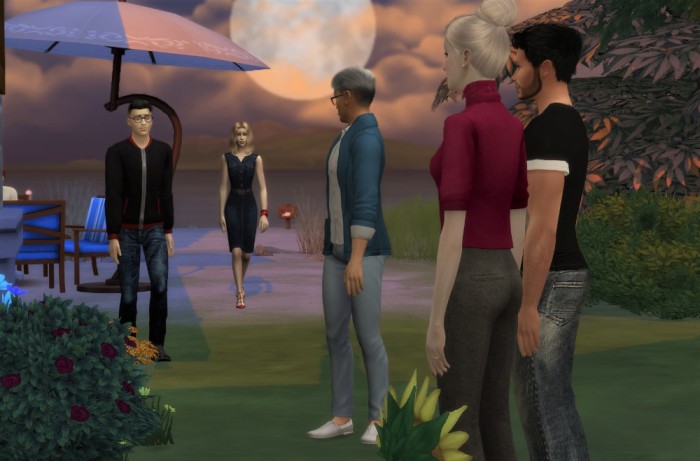 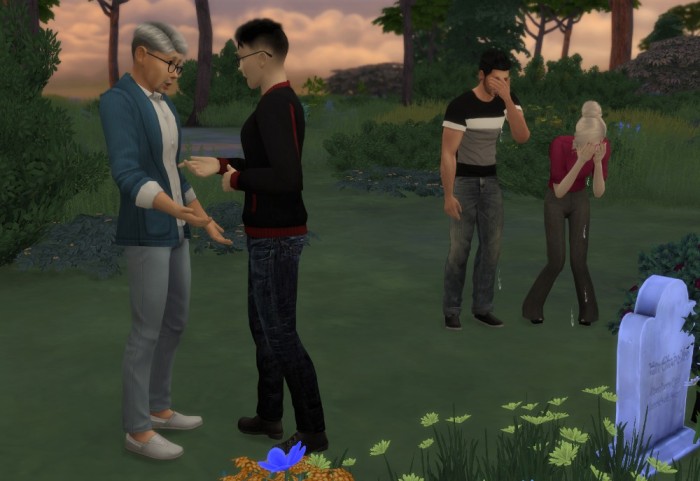 The concern for Prince was so great that a family intervention was initiated.

“My son, I have lived two lifetimes with the woman.  She is the one great love of my lives and, I am sorry, the thought of life without her has no joy.”

Mike did not voice it, but he understood quite well what Prince was saying.  He had only begun this one lifetime with his Rose and he knew he could never live without her. 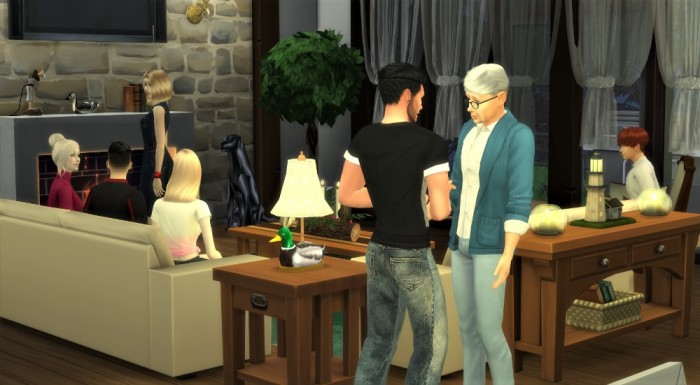 Alone in his bed, the morose crept into Prince’s heart.  He did not wish to cause his children grief but he could not live here without his Queen. 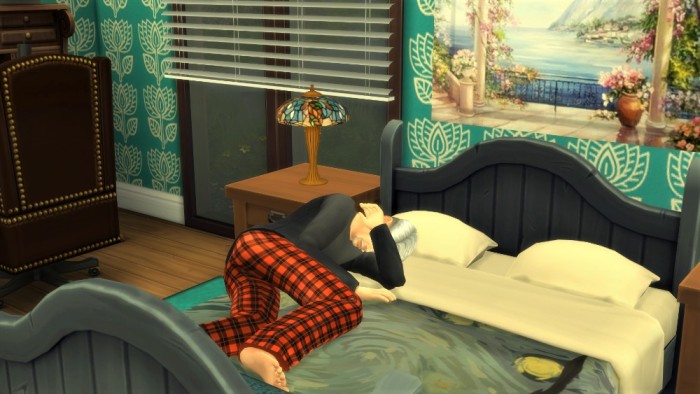 With surprising ease, Prince released his spirit to go seek his bride. 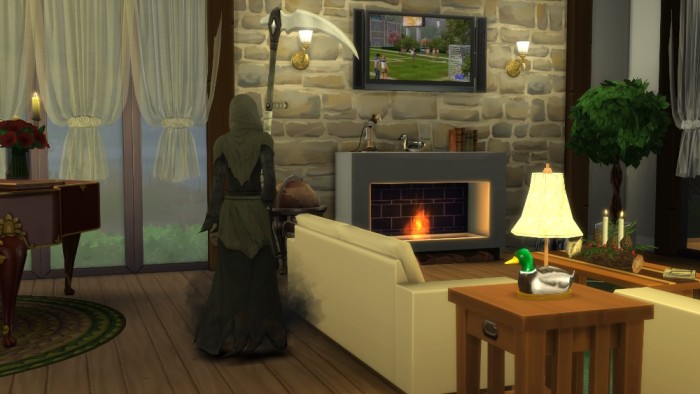 A time of bereavement came to the kingdom.

The King and Queen lay in state.

Many came with loving and happy memories of their beloved King and Queen to say their goodbyes.

(Look closley dear readers .. some of you were counted among the mourners).

(Our dedicated men and women in blue, Charlii and Jennifer.) 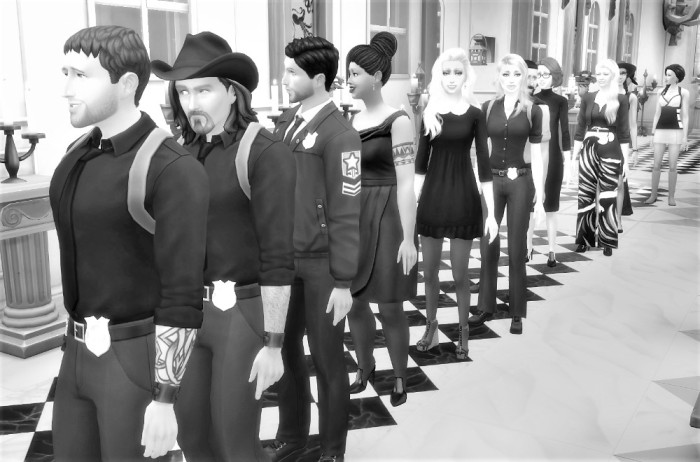 (The Pancakes are looking mighty fine.) 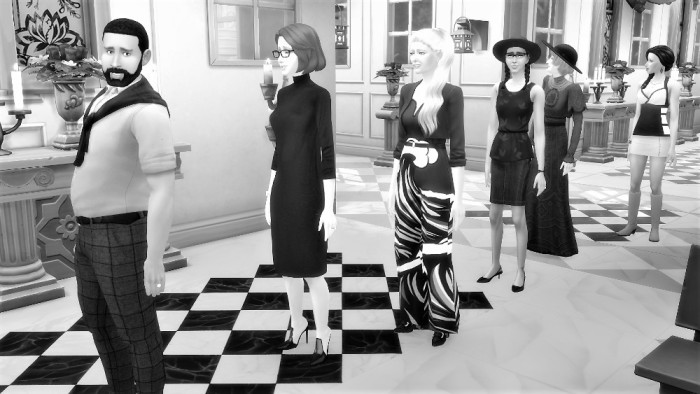 (I think Cathytea suspects shenanigans … she is a good judge of character!) 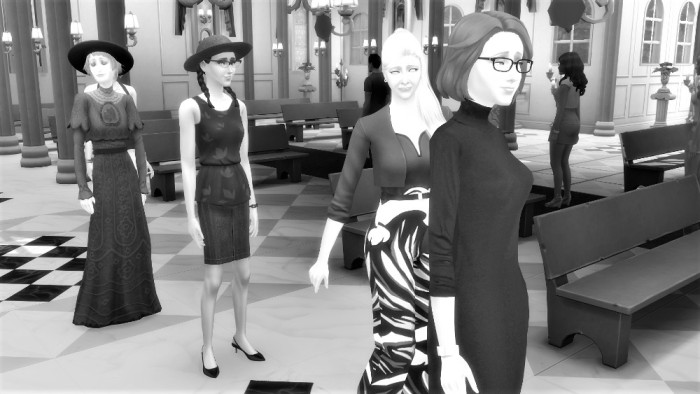 I am not sure why Salome is causing Vlad such consternation but I like it LOL.) 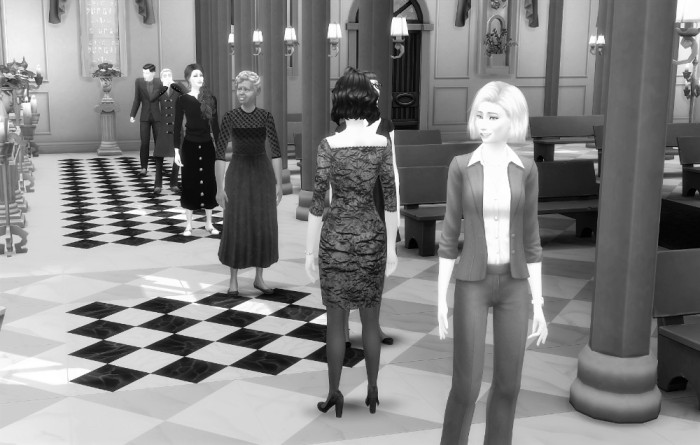 (Barb and Brenda having a nice chat.  Such good memories.) 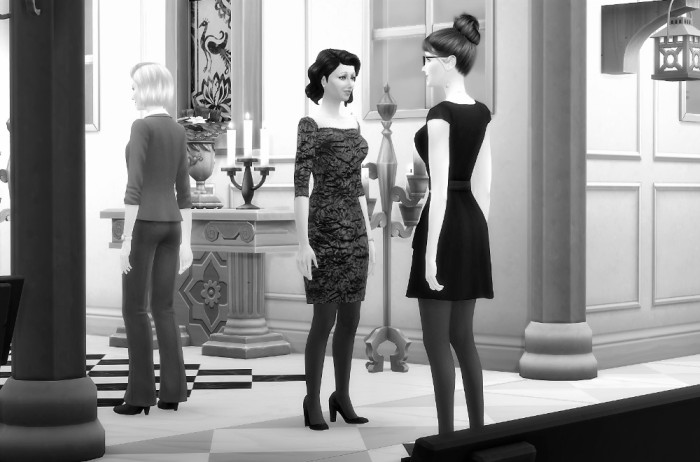 Then the family came. 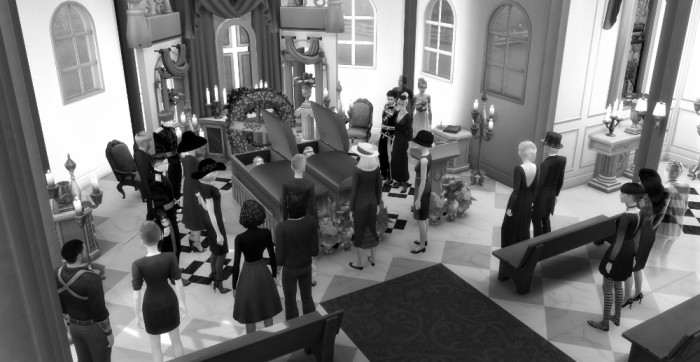 The sisters and Ellie. 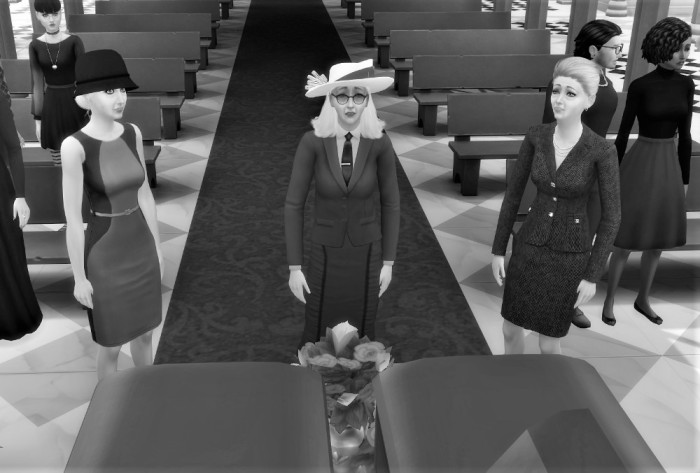 The Dutchess, Butler and the Goths (sad to note Mortimer’s passing too). 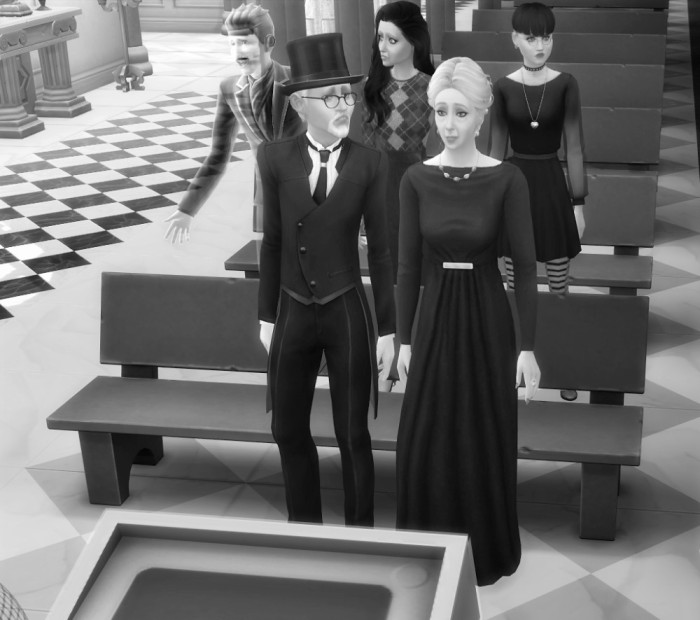 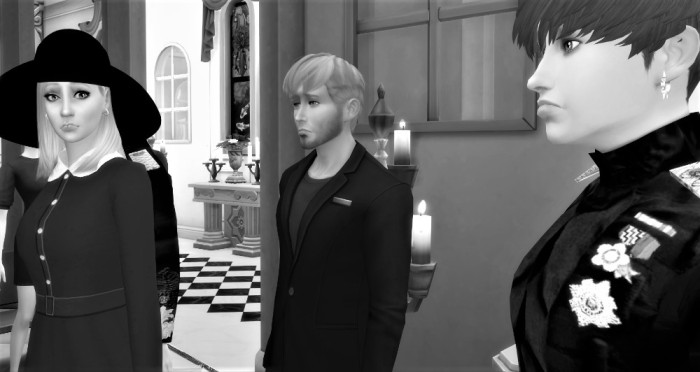 Rose was finding the grief nearly unbearable but Mike was her rock! 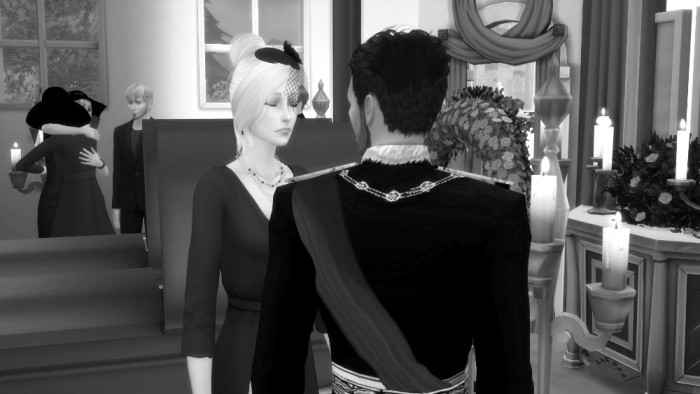 Finally,  Mike and Rose took a moment in complete privacy to say their goodbyes.

For Rose the burden of the crown fell heavily upon her heart, threatening to break it to pieces.

Mike solemnly whispered his vow to his beloved King and Queen.

He would do his best to care for both the family and the kingdom.

Embracing her in his strong arms, Mike whispered,

our goodbyes are done now.

Let them enter their rest.

We must step into the future … ” 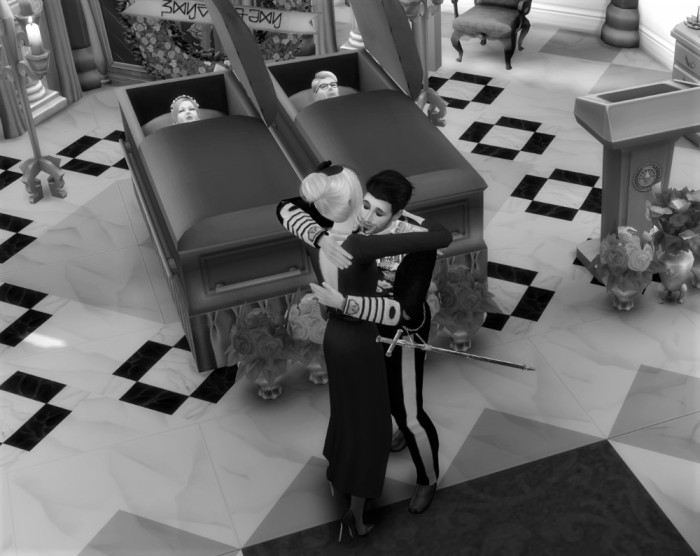 And thus my dear readers, it is with a very heavy heart that I end generation one!

We can take great comfort in the truth that love is eternal … it never dies!

RIP our precious Prince and Snow!

We will miss you terribly!

If you will bear with me … the Era of Charming Tales continues!

I apologize, I cannot find the link for RJ’s Depression Pose set.  If anyone knows please let me know so I can link it here. 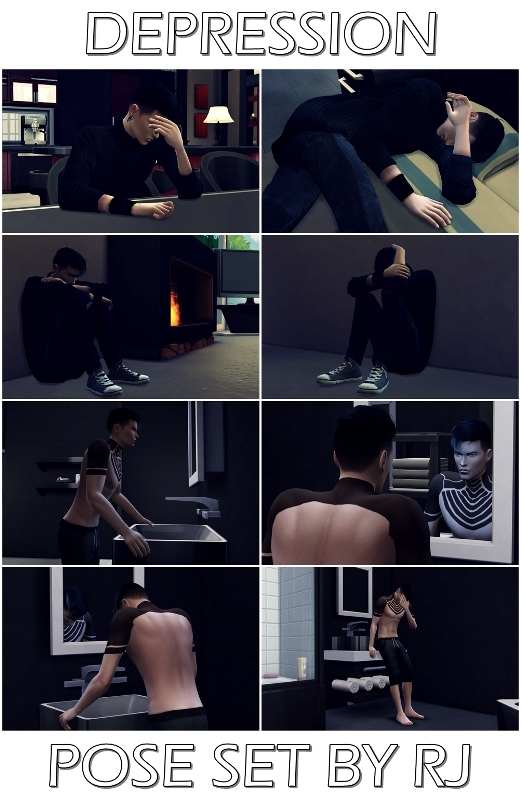 51 thoughts on “An Era of Charming Tales: Goodbye”