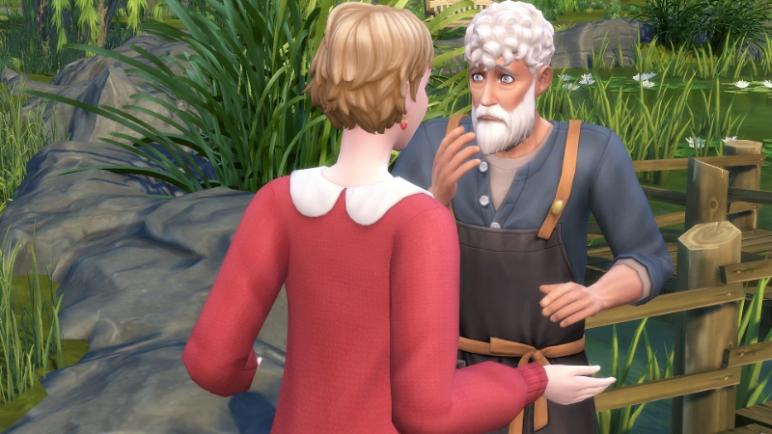 Annie floated on her back for a long time, staring into the bright blue sky and trying to collect her thoughts. The events of the past few days flew around in her head like small birds with no place to land.

It all started a few days ago with a bizarre phone call.

Someone that she had never met died and had bequeathed a large sum of money to her.

It had a very odd caveat.

In order to inherit the money, she must get married.

Before she could even fully consider it she had blurted out her agreement.

Married? What was she thinking when she had agreed to that.

She did not even have a boyfriend!

Not even anyone who was close to being a boyfriend!

She did ask a few of her friends for advice

Some were bright and encouraging, saying that as pretty as she was she could find somebody easily!

Others were hesitant to get involved, being very tightlipped about the situation!

And some gave advice that was,

She knew she was going to have to talk to her father about this.

Maybe he would have some good advice.

Nervously approaching her father she revealed her secret.

Aubie was quite surprised and rather shocked,

to be honest, he wondered why his little girl had said yes to such a preposterous idea.

The truth was that she would love to have the money to help make life more comfortable for her & her father.

She had long wanted Aubie to move onto her farm and build him a small home there.

Plus having an extra hand around the farm wouldn’t be a bad thing at all!

By the time she mentioned grandchildren, Aubie was sold!

Aubie would love a grandchild.

Aubie offered, “Have you thought about using a matchmaker?”

That is such an OLD fashioned idea.” Annie came back.

Aubie went on to explain, “We have a wonderful enchanter right here in the Bramblewood!

His name is Angus the Great and he is a powerful shaman who helped cure my dear Agnes when she was gravely ill.

He is a fearless a medium who intercedes to bring messages from loved ones who have gone on to the beyond.

A seer of many coming woes,

and a diviner of futures.

I know he can help you.”

Looking at her father’s happy face, Annie thought to herself, what can it hurt

and she agreed to go see Angus the Great.

Angus the Great lived in a bright little vardo nestled deep in the Bramblewood.

Despite the twinkle in his blue eyes, he was quite serious about his work.

With flashing lights, strange noises, and even a green ring of fire, he conjured up an impressive show for Annie.

Despite all the bells and whistles, Annie was still a bit skeptical of this self-proclaimed soothsayer.

“I have seen it,” he exclaimed,

“There will be a new thing in your life.

Soon the silver-tongued mystic had her believing too.

Annie sighed as she munched her apple.

It has been three days and so far …

She began to wonder if she’d been flimflammed by the medicine man.

Absentmindedly getting up to throw her apple core away,

she ran smack into the most beautiful brown eyes she’d ever laid her eyes on.

Taking a shy look at the stranger, she thought to herself, well this is certainly something new!

If you like Aubie and Annie, you can read more short stories that feature them here:

If you would like these simmies in your game, you can find them in the gallery.

Not to Hot (aka Nestor)

34 thoughts on “Something Old … Something New”