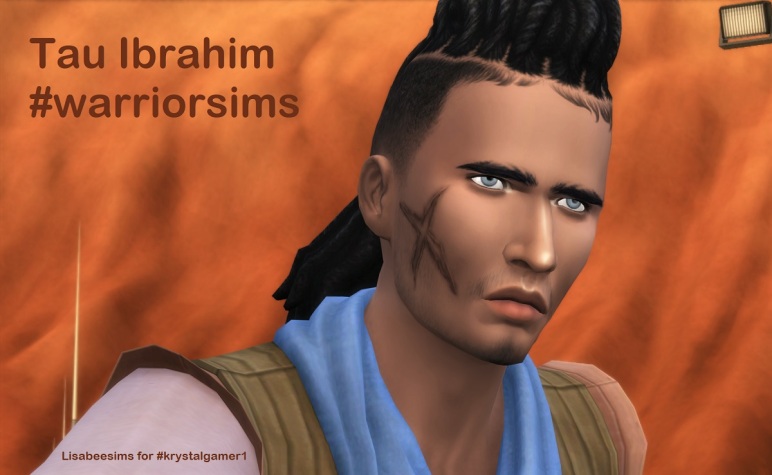 @Krystalgamer1 has a fun little CAS challenge out.

Ibrahim was created for that challenge.

Ibrahim has never known a family outside of his military regiment.

Essentially he was born and raised by his government to be a warrior who defends his people,

Ibrahim is proud to serve alongside his brothers as they work to protect his people.

Although he is still only ranked Tau, the lowest & most abused class of warriors, he trains harder than all others in his regiment.

He is very ambitious and driven.

He has set his eyes on the goal of Ace. The most elite of his brethren.

This is a fact not lost on his commander who has seen the fire in his eyes and believes one day this one will indeed be Ace!

His commander admires that zeal. He has taken Ibrahim under his tutelage and nurtured him like a son. The son he would never be allowed to have.

Ibrahim is very fond of his commander and for him, the commander has become the father he never had growing up in the institute.

For the most part, I used Journey to Batuu CAS.

I know this is an unpopular opinion BUT I like JTB. FAB CAS & BB too.

The hair from Paranormal and the scar from Get Famous.

While you are in the gallery be sure to check the hashtag #warriorsims and give a nice shout out to all of Ibrahim’s comrades in arms.

See I told you it was short.

Speaking of short … MSSSC short story is next. We will see that there have been a few fun twists in Aubie & Annie’s life.